"My brother is back," Aamir Ali wrote 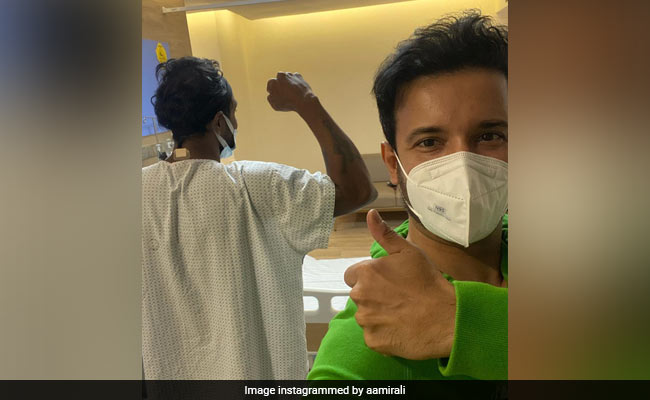 TV star Aamir Ali managed to take some time out and visited his friend and choreographer-director Remo D'Souza at the Kokilaben Hospital in Mumbai on Monday night. The TV actor shared a few pictures from his visit to the hospital, in which he can be seen posing with Remo, who had his back turned towards the camera. Sharing the pictures, Aamir Ali wrote: "My brother is back," He wrote tagging Remo. He added the hashtag #strongest to his post. Remo D'Souza suffered a heart attack on Friday, after which he was admitted to the hospital and the doctors did his angiography.

Meanwhile, over the weekend, Amitabh Bachchan, retweeting a throwback video clip, shared by a fan, wrote: "Get well Remo ... Prayers! And thank you for your wishes."

Remo D'Souza is a celebrated choreographer and filmmaker. Remo, who began his career as a background dancer, is best-known for his choreographing hit dance numbers for films like Kick, Zero, Bajirao Mastani, Bajrangi Bhaijaan and Yeh Jawaani Hai Deewani, to name a few. Besides that, Remo D'Souza has judged several dance reality shows including Dance India Dance, Dance Plus and a few seasons of Jhalak Dikhhla Jaa. Remo D'Souza made his debut as a film director with the 2011 film F.A.L.T.U. He then directed the super hit danced-based ABCD series and Race 3.