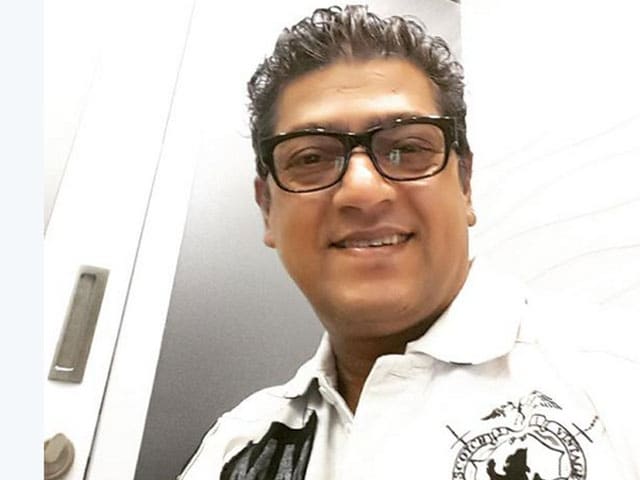 This image was posted on Twitter by Aadesh Shrivastava.

Mumbai: The last rites of Bollywood singer-composer Aadesh Shrivastava, who passed away battling cancer, will be held this afternoon at the Oshiwara crematorium in Mumbai.

Mr Shrivastava, who battled cancer five years ago, was diagnosed with the same disease again. He was said to be in a critical condition when he was admitted to the hospital. He died in the wee hours of September 5 at the Kokilaben Dhirubhai Ambani hospital here.

The funeral will be held at 12.30 pm at Oshiwara crematorium, sources said.

Mr Shrivastava had been undergoing cancer treatment at the hospital in Andheri for over 40 days.(Also Read: Music Composer Aadesh Shrivastava Dies of Cancer)

He is survived by wife Vijeta Pandit, former Bollywood actress and sister of music-composer duo Jatin- Lalit, and their two sons - Anivesh and Avitesh.

Over the course of his career, Mr Shrivastava had composed music for over 100 Hindi films, including Chalte Chalte, Baabul, Baghban, Kabhi Khushi Kabhie Gham and Rajneeti.