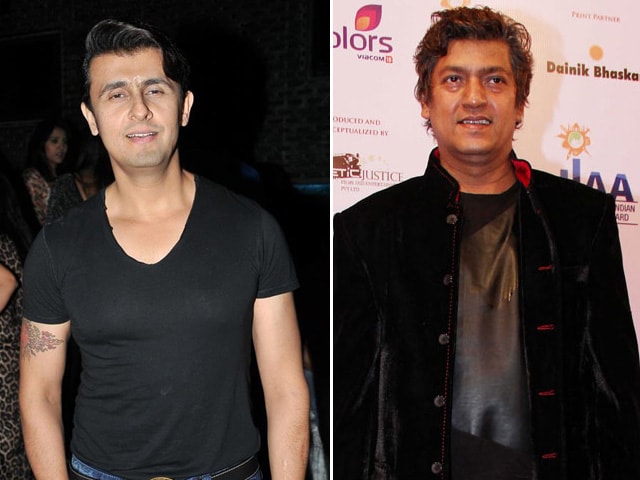 Sonu Nigam (left) at an event in Mumbai. A file photo of Aadesh Shrivastava (right).

New Delhi: Singer Sonu Nigam has shared that in his last conversation with late Bollywood music composer Aadesh Shrivastava, the singer had referred to him as a "younger brother".

Responding to the Whatsapp message, the 42-year-old wrote: "Lots of Love Aadesh bhai. Prayers and best wishes. You will get well soon. Jaimataki."

Mr Shrivastava, who battled cancer five years ago, was diagnosed with the same disease again. He was said to be in a critical condition when he was admitted to the hospital. He died in the wee hours of September 5 at the Kokilaben Dhirubhai Ambani hospital in Mumbai. (Also Read - RIP Aadesh Shrivastava: 10 Songs to Remember Him by)