A Very Happy Holi From Taimur And Inaaya. See How They Celebrated The Festival 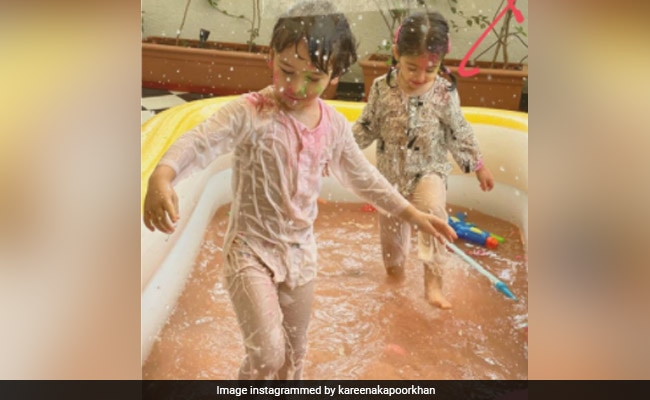 The Internet is bombarded with Holi greetings and on the special occasion, we got a glimpse of Taimur Ali Khan and his cousin Inaaya Naumi Kemmu's festivities. Kareena Kapoor posted a picture of the cousins playing together on the festive occasion. "Happy Holi," she wrote, adding "Colours, happiness and joy." Meanwhile, Kareena's sister-in-law and actress Soha Ali Khan also posted a video of the cousins playing with pichkaris on her Instagram story and she wrote: "Happy Holi" as the track Playtime plays in the backdrop. 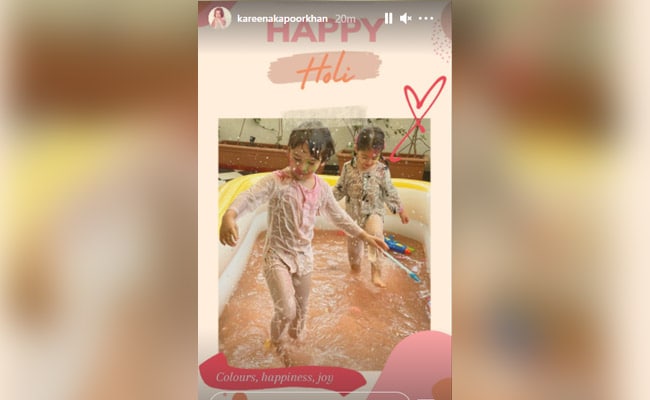 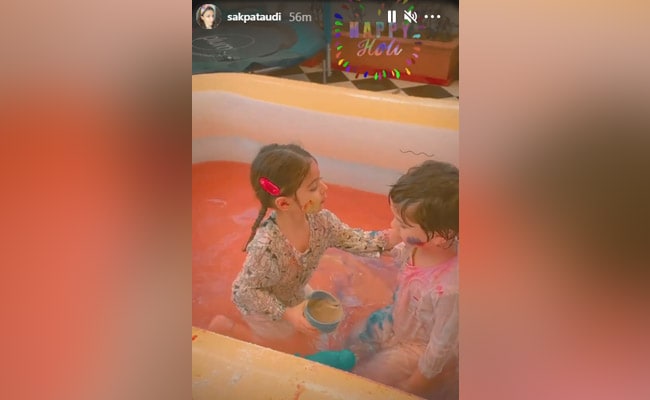 On her Instagram profile, Kareena Kapoor shared a picture of her son Taimur and she wrote: "Stay safe people. Happy Holi from me."

Soha Ali Khan posted a picture with daughter Inaaya and she wrote: "Colour me happy. Wishing everyone a happy and safe holi! Happy Holi."