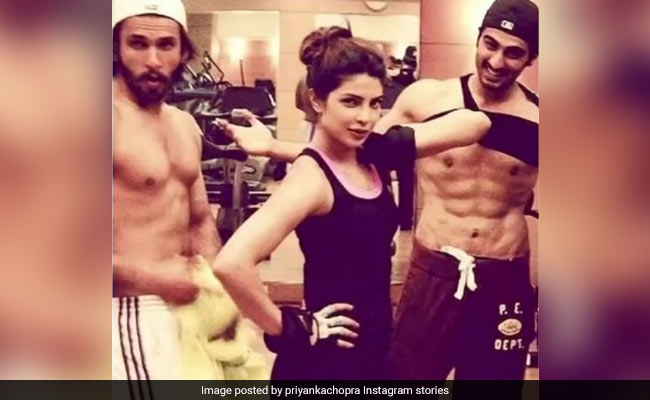 Arjun Kapoor, who celebrated his 36th birthday on Saturday, received a whole lot of love in the form of social media greetings from friends and fans. However, the one greeting that caught our attention the most, happens to be from his Gunday co-star Priyanka Chopra. The actress, on her Instagram story, shared a throwback which appears to be from their post-workout session. The picture also features Priyanka and Arjun's Gunday co-star Ranveer Singh. Sharing the picture, the actress wrote: "Just gonna drop this throwback here on Baba's day. Miss you FUBU. Happy Birthday." Replying to Priyanka's wish, Arjun Kapoor wrote in his Instagram story: "We need a redux part 2." 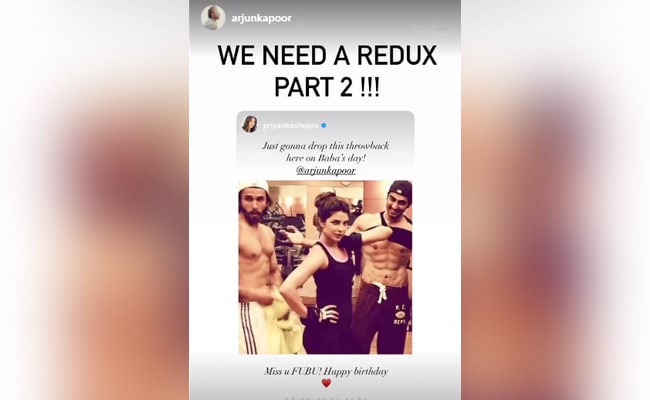 The 2014 movie Gunday, is an action drama film which was written and directed by Ali Abbas Zafar and it was produced by Aditya Chopra. The film also starred late actor Irrfan Khan.

Priyanka Chopra will next be seen in Citadel and in a wedding comedy with Mindy Kaling. Ranveer will be seen in Jayeshbhai Jordaar, Cirkus and '83. Arjun Kapoor's next film is the horror comedy Bhoot Police, with Saif Ali Khan, Yami Gautam and Jacqueline Fernandez.

Queen Of Captions, Sara Ali Khan Strikes Back With A "Salty" One