A Scene From Deepika Padukone's Gym. She Is "Working Really Hard." Meanwhile, "Katrina Kaif Is..." 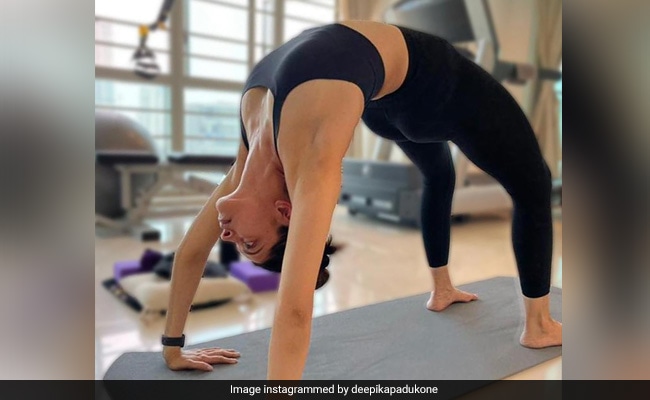 Deepika Padukone, on Thursday morning, shared an ROFL video from her Pilates session on her Instagram profile. The actress can be seen doing aerial yoga in the video and she stated in the caption that the video was taken by Katrina Kaif. The video was a cryptic hint at Katrina Kaif's upcoming film Phone Bhoot, in which Katrina can be seen playing a ghost. She added the song Survivor Eye Of The Tiger. Deepika Padukone captioned the post: "Me working really hard in the gym. Meanwhile, Katrina Kaif upto no good photographing me..." Ishaan Khatter wrote: "The mummy returns." Varun Dhawan commented:"Hahahaa."

This is what Deepika Padukone posted: