Bipasha Basu, From Supermodel To Mom-To-Be: A Timeline 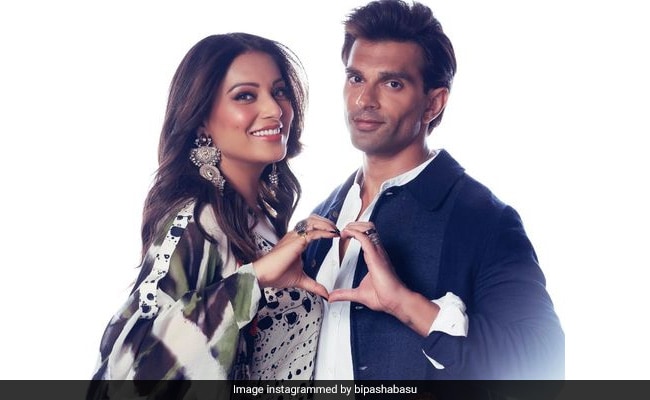 It is celebration time at the Basu-Grover household as the couple gets ready to welcome their first child. Bipasha Basu announced her pregnancy on social media with some lovely images of her cradling her baby bump with husband Karan Singh Grover by her side. Needless to say, fans of the actress are thrilled for her new phase of life. Having entertained fans for over two decades, the Bengali beauty has made a name for herself not just for her stunning looks and dancing talent, but also her screen presence that earned her several blockbusters over years.

Now, as Bipasha Basu gets ready to embrace motherhood, here's looking back at her journey through the years.

Born in Delhi and raised in Kolkata, Bipasha Basu is the second of three children. As per a report by Rediff, it was a chance encounter with supermodel Mehr Jessia at a hotel in Kolkata in 1996 that acted as the catalyst for Bipasha's entry into the world of glamour and modelling. The same year, Bipasha, all of 17, participated in a modelling contest, Godrej Cinthol Supermodel, and went on to win it.

Bipasha Basu surely made a mark at the modelling contest for in addition to winning it, she also caught the attention of Bollywood legend Vinod Khanna, who was one of the judges. The veteran actor hoped to cast Bipasha Basu in Himalaya Putra, the film set to launch his son Akshaye Khanna. But Bipasha, who deemed herself too young to act in films, turned down the offer.

This was followed by several other film offers, which ultimately culminated in Bipasha Basu making her debut with Abbas–Mustan's Ajanbee which starred her alongside Kareena Kapoor, Akshay Kumar and Bobby Deol in 2001.

Here's a post that Bipasha Basu shared on the 20th anniversary of Ajnabee's release.

And it was not just her acting roles, but also her special dance performances in movies that became the talk of the town. Songs such as Beedi and Namak from Omkara and Billo Rani from Dhan Dhana Dhan Goal became chartbusters and party favourites, contributing to Bipasha Basu's ever-growing fanbase.

Take a look at the post Bipasha Basu shared on 16 years of Omkara:

In 2011, after several years of dating actor John Abraham, the couple called it quits. At the time, Bipasha Basu was seen headlining several projects, many of which fell into the horror genre. It was on the sets of one such film, Alone, which released in 2015, that she met actor Karan Singh Grover. The co-stars soon began dating and got married in a dreamy ceremony in 2016.

Here's a glimpse of the couple on the first day on the sets of Alone.

In addition to her work in Bollywood, Bipasha Basu has worked in Tamil, Telugu and Bengali films. She also played an important role in a Belgian film, The Lovers.