This Shahid Kapoor is Actually His Rangoon Character in the Making 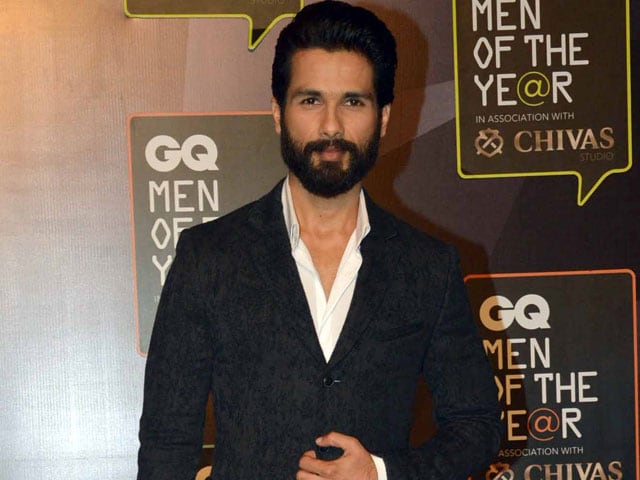 Shahid Kapoor photographed at the GQ Awards in Mumbai on September 26.

Mumbai: After winning almost all the major awards in 2015 for Haider, Shahid Kapoor is gearing up once again to team up with his favourite director Vishal Bhardwaj.

Shahid is slated to start work on Mr Bhardwaj's Rangoon soon and the star is trying hard to get into the skin or should we say beard of his character.

The Shaandaar star was seen at the GQ Awards in Mumbai on Saturday sporting a thick beard and confirmed that he was prepping for the look test of Rangoon.

"Yes I have kept this beard for Vishal Bhardwaj's Rangoon but we haven't yet decided whether my character in the film will sport a beard or not. You never know with Vishal. But let's see what happens after the test," said the 34-year-old actor.

He also seemed to have lost some weight and we wondered whether that too has something to do with the character he plays in Vishal's next.

"No, no it's just that I am really busy with the promotions of my next, Shaandaar, that releases in October," explained Shahid. "I haven't had the time to hit the gym and perhaps that's the reason why I appear to have lost weight," he added. (Also Read: Alia Bhatt, Shahid Kapoor Explain: Who is Gulaabo? Why the Menswear?)

Appearances aside, Shahid was also questioned whether his wife, Mira, would be acting in Vikram Aditya Motwani's next.

"Mira is not an actor, she's my wife and as for the question I'd say no comments," he quipped.

There's a new confidence in the way Shahid deals with the media these days and we must say that we aren't complaining.