"9 Months And Going Strong:" A Typical Work Day In The Life Of Kareena Kapoor 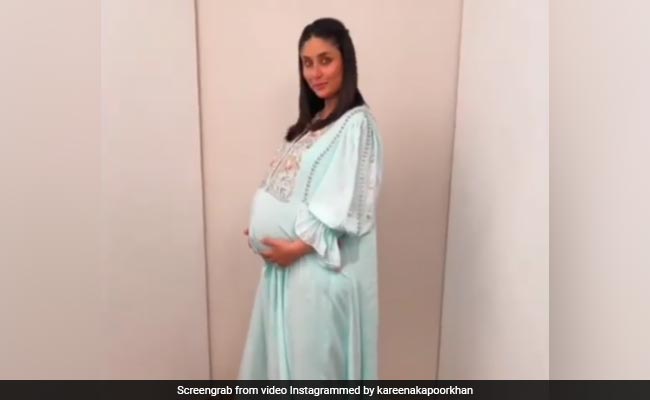 Kareena Kapoor, who is expecting her second child soon, is busy working and she shared some fun BTS moments from her shoot diaries. Kareena posted a boomerang from a shoot, in which she can be seen happily posing in an ice blue outfit. We also got a glimpse of her baby bump. Kareena Kapoor very aptly summed up her current state and she wrote: "9 months and going strong" and accompanied her post with the hashtags #NotGivingUp, #FunTimes and #BTS. Kareena looks stunning as ever with kohl-rimmed eyes and a dash of pink blush on her cheeks.

Kareena Kapoor  also shared a few BTS moments from the shoot and her fan pages were quick to repost them. See the pictures here:

In terms of work, Kareena Kapoor's upcoming project is Laal Singh Chaddha, opposite Aamir Khan. She was last seen in Angrezi Medium, co-starring late actor Irrfan Khan. Kareena Kapoor is expecting her second child with husband Saif Ali Khan and she will also launch her pregnancy memoir this year.

Kareena Kapoor married actor Saif Ali Khan in the year 2012. The couple are also parents to a son named Taimur (4). They announced their second pregnancy in August last year. "We are very pleased to announce that we are expecting an addition to our family. Thank you to all our well-wishers for all their love and support," said Kareena Kapoor and Saif Ali Khan, in a joint statement.