Most of Game Of Thrones is brilliantly written, acted and shot - but a few story lines offered a bit more ice than fire. 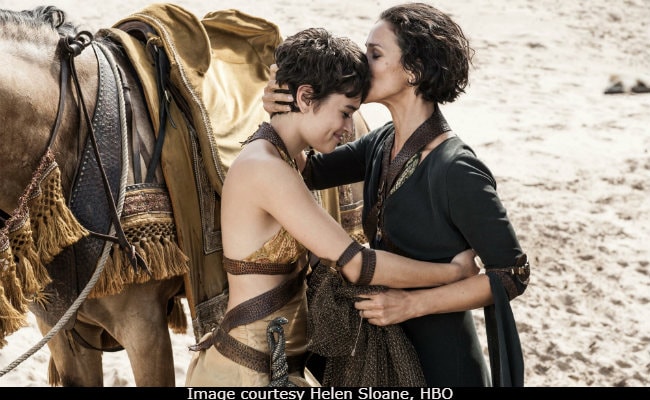 This post contains a multitude of spoilers. Otherwise, it would be very short.

Even the best relationships experience a few speed bumps. At times, though, our relationship with Game Of Thrones felt more like falling off a cliff than hitting a pothole. Most of the show is brilliantly written, acted and shot - but a few story lines offered a bit more ice than fire.

Here are the story lines we merely tolerated to get to the endgame.

- Everything about Dorne, but mostly the Sand Snakes

Yes, everyone is entitled to his or her own opinions, but anyone who claims the Dorne story line was anything less than an awful slog is simply wrong. For those who have forcefully scrubbed this plot from their memories, we're introduced to the southernmost kingdom in Westeros, called Dorne, in Season 5.

As is common for an adaptation, the show cut out several Dorne-based characters from the books, choosing instead to focus on Ellaria Sand, her daughters, the Sand Snakes, as they mourn (and promise revenge for) the death of Ellaria's lover and the Snakes' father, Oberyn Martell.

This should have worked. The fictional kingdom was filmed in and around the Royal Alcazar of Seville, a sprawling palace in warm, sunny Spain - a nice departure from the snowy north. The Dornish people really like spicy foods, exotic sex and their fair share of athletic violence.

In a rare miss, though, the show completely flubbed it.

One of the challenges the showrunners of Game Of Thrones grapple with is the sheer enormousness of the world. It's not always easy to keep track of where everyone is. And when we check in on people, there had better be a compelling reason. But Ellaria Sand and her little Snakes are the show's most two-dimensional characters. Every time we flash to beautiful Dorne, they're just angrily trying to get revenge for Oberyn with no space for nuance or surprise, so it ends up feeling as if we're watching the same scene again and again.

Far more entertaining than Dorne? The many, many, many takedowns of the story line.

- Arya Stark at the House of Black and White

Speaking of feeling as though you're watching the same scene on repeat, how about Arya Stark's seemingly endless training to become one of the shape-shifting assassins known as the Faceless Men?

The whole sequence in Season 5 was awful for a few reasons. Its entire purpose was to equip Arya with the skills to exact her revenge on a whole list of people, but the story line drags on with repetitive training sequences. Both Arya and her mentor, an assassin formerly known as Jaqen H'ghar, are essentially stripped of their charisma, instead just repeating nonsense phrases such as "The girl is no one." Though Game Of Thrones attracted many fans who don't traditionally like fantasy (speaking from experience), this story line could definitely be a turnoff.

Furthermore, Arya is really bad at her training. She rarely does what she's supposed to, lies repeatedly to Jaqen (who saved her life on numerous occasions) and breaks all her vows (such as not assassinating people she's supposed to assassinate). And all of this happens while they're hanging out in a dimly lit temple that's full of disembodied faces.

The show never even bothers to explain the rules of the whole Faceless Men thing. The assassins can turn into other people, but do those people have to be dead? Do you need their actual faces to become them? For so much time spent on this plot, we come out knowing nothing.

- Samwell Tarly at the bedpan-filled Citadel

How did this pitch go down in the writers' room? Did someone stand up and say, "You know how audiences love watching people hobble around libraries? What if we had Sam do that, while also teaching his girlfriend to read while also emptying out bedpans? We can even have a really graphic and elongated scene featuring the bedpan dumping!"

We should all be smart enough not to have dinner while watching Game of Thrones, but that bedpan scene took things up a notch.

Sam spent most of Season 7 in the Citadel being denied access to fancy books. Eventually, he reads something in one of those books and leaves the Citadel. And ... that's about it. Talk about the Golden Age of Television!

- The never-ending torture of Theon Greyjoy

We'd be lying if we said the violence in Game Of Thrones wasn't part of its appeal. Fans enjoy a good, old-fashioned medieval battle. But the show really started jumping the gory shark when it dedicated portions of Seasons 3, 4 and 5 to the Ramsay Snow/Bolton's drawn-out physiological, physical and sexual torture of Theon Greyjoy.

The purpose of the entire story line was to show that Ramsay is evil (I guess). Well, that became pretty obvious when Ramsay tortured Theon with beatings and the rack and all that. And it was obvious again when Ramsay pretended to let Theon go, only to torture him more.

By the time Ramsay brings two beautiful women into the room, hinting that they will have sex with Theon, we know Ramsay's a bad dude. So we don't really need to see Ramsay cut off Theon's penis.

Or eat a blood sausage in front of him moments after.

Or change Theon's name to Reek.

- That time someone stole Daenerys' dragons

It's a pretty telling sign that a story line sucked if you can't remember it. With that in mind, I challenge any casual Game of Thrones watcher to tell me who stole Daenerys' dragons.

Bonus points if you remembered her dragons were ever stolen in the first place.

This convoluted and totally ridiculous story line occurs in Season 2, and the worst part is that it doesn't really matter at all. Long story short, they were stolen in Qarth by Xaro Xhoan Daxos and a bunch of warlocks, including Pyat Pree, two dudes who look as if they belong in Star Trek. The whole thing is so the warlocks can take over the city, which, again, doesn't really matter at all.