"Even after all these years, Ramta Jogi takes me right back to the unforgettable music of Taal, "wrote Anil Kapoor 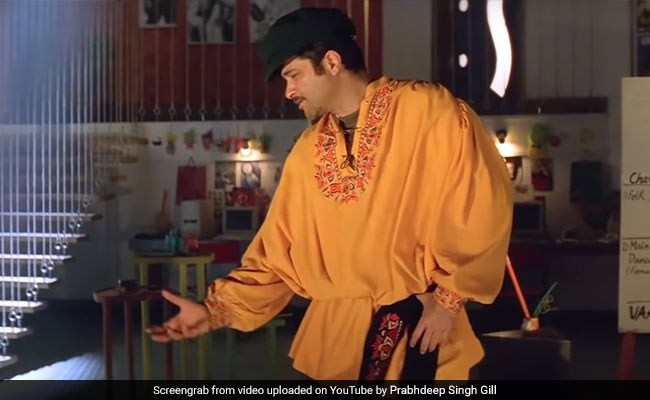 Anil Kapoor in a still from Taal. (Image courtesy: YouTube)

Subhash Ghai's musical Taal resonates with today's generation through its iconic songs such as Ramta Jogi, Taal Se Taal Mila and Kahin Aag Lage Lag Jaave among others. As the film clocked 20 years on Tuesday, Anil Kapoor shared a special post on his Twitter profile. In his tweet, the 61-year-old actor shared a snippet from his "favourite" song Ramta Jogi and he wrote: "Even after all these years, Ramta Jogi takes me right back to the unforgettable music and the extravaganza of Taal." He added, "20 years of Taal."

Even after all these years, #RamtaJogi takes me right back to the unforgettable music and the extravaganza of #Taal!@SubhashGhai1 @arrahman#AishwaryaRai#AkshayeKhanna#20YearsorTaalpic.twitter.com/AufOuwCUxW

Taal received several awards and performed exceptionally well at the box office. Several years after its release, the film screened at the 2005's Ebertfest: Film Festival and the 2014 International Film Festival of India in the Celebrating Dance in Indian cinema section.

Besides Taal, Anil Kapoor and Aishwarya Rai Bachchan have worked together in the 2000 film Humara Dil Aapke Pass Hai and the 2018 musical Fanney Khan, which also starred Rajkummar Rao.