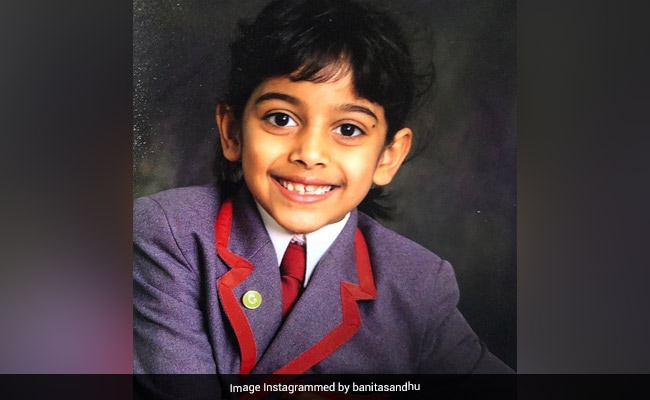 Actress Banita Sandhu, best known for her role in 2018 film October, flipped through the pages of her school album and picked out a few of her favourite photos for Instagram while doing so. On Tuesday, Banita Sandhu shared a few photos starring pint-sized versions of herself in school uniform - one of the photos also features Banita Sandhu from what appears to be her teenage years. The photos are proof that little Banita Sandhu in the photos may have grown up to be an actress but her smile is still the same. The 22-year-old actress reworked the classic "Too cool for school" caption and personalised it in an ROFL manner to describe her throwback photos. "Too school for cool," is what she is in those pictures, said Banita.

too school for cool

Meanwhile, Banita Sandhu's Instagram is filled with throwback memories from her childhood, especially starring her father and sister Devina. Can you spot Banita Sandhu in this summer of 2020 pic?

Here's one more tiny version of Banita Sandhu with a shout-out to her dad: "Thanks for the genes pops - you'll never let me forget where I got them from. LOL."

We also spotted little Banita Sandhu in this birthday greeting for her sister from last year:

I can't believe you're 18 years old today, D. It seems like only yesterday we would fight over the TV remote, host WWE matches and dress identically - although I still steal from your wardrobe You may have only just become an adult but you've always been wiser than your years and annoyingly maturer than me. I love you so much. Happy birthday my not-so lil one!

Banita Sandhu made her acting debut with Shoojit Sircar's October, in which she co-starred with Varun Dhawan. Next year, Banita made her debut in Tamil cinema with Adithya Varma. Banita Sandhu has also featured in American sc-fi series Pandora and has starred in the English film Eternal Beauty last year.