On PM's Last Day at Work, Some Praise in Arun Jaitley's Critique 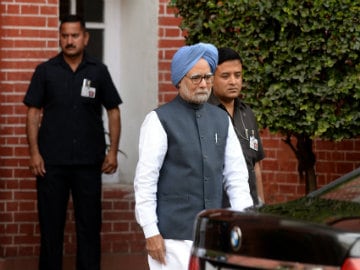 New Delhi: As Prime Minister Manmohan Singh prepared to bow out after 10 years, one of his biggest critics, BJP leader Arun Jaitley, praised him as a wise man whose "personal integrity was always above board." (Read the blog)

But Mr Jaitley peppered his tribute with criticism, saying that the Prime Minister never had the last word, that he was vested with limited power and had to keep the party and first family in good humour. (Also Read: Arun Jaitley's five questions to Prime Minister Manmohan Singh)

"As curtains draw to a close and a ten-year long period of providing leadership to the Government of India, the Prime Minister goes out with dignity and grace. He will remain an elder statesman and a man of credibility to guide the nation. Only if he had stood up at the right time and disagreed he would have been regarded with still a greater honour," he wrote. (Elections: Full Coverage)

"It was the inability to speak up within his own party that may compel the historians to take a different view of the man."

The BJP today accused the Congress of "making a mockery" of the PM and blaming him for everything bad, while giving credit for everything good to Sonia and Rahul Gandhi.

In the final years of his second term, Dr Singh, 81, came under repeated opposition attack over massive corruption scandals on his watch.

"Unquestionably, Dr Manmohan Singh was a very good finance minister," Mr Jaitley says before he goes on to critique him. (Also Read: PM's family gets divided between BJP, Congress)

The BJP leader, who says he observed the PM closely for 10 years, comments that he never came out as a leader as he "never wanted to rock the boat."

Mr Jaitley writes, "When the reform process was blocked on account of decisions of the National Advisory Council or when Rahul Gandhi tore apart the papers of objectionable ordinance, the Prime Minister was perceived as a non-leader who had to accept everything without his opinion mattering significantly.

"Had he overruled his Finance Minister on the retrospective tax law knowing fully well the consequences of a retrospective taxation, the Prime Minister would have stood out. If he had stood up and cancelled the Coal Blocks allocation once the fraud was revealed or cancelled the 2G licenses himself rather than wait for the Court to do it I have no doubt that history would have recorded him very differently."
Comments
Prime MinisterManmohan SinghArun Jaitley