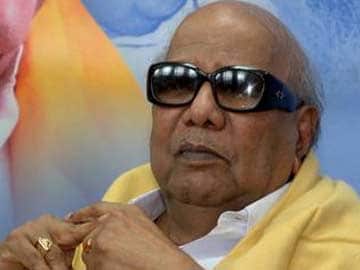 Chennai: As general elections draw near, Narendra Modi has found more than one "good friend" in Tamil Nadu.

M Karunanidhi, the 89-year-old head of the DMK has been reported by a Tamil newspaper Dinamalar as saying, "Modi's continuous campaign reveals he is a hard worker. Modi is my good friend too."

Mr Karunanidhi's arch rival and Tamil Nadu Chief Minister J Jayalalithaa too has in the past described Mr Modi, the BJP's prime ministerial candidate, as a "good friend."

The DMK chief told the newspaper that he would not speculate on a post-election scenario, but when reminded that he had said at a conference in Trichy recently that he would not ally with "communal forces," shot back, "Did that appear to be a reference to the BJP? Are you making a confessional statement that it's a communal party?"

Mr Modi, long accused by rival Congress and others of being a divisive leader, is suddenly finding wider political acceptability as surveys show an advantage for him and his party in the general elections due by May.

Yesterday, the BJP struck a pre-election alliance with Bihar politician Ram Vilas Paswan, who had walked out of their national alliance 12 years ago criticising Mr Modi's handling of the communal violence that tore through Gujarat on his watch in 2002. (Read more)

The DMK had fought the 2004 and 2009 general elections with the Congress in Tamil Nadu. In 2013, however, the party pulled out of the Congress-led UPA coalition accusing the government of failing to take a tough stand on Sri Lanka's alleged war crimes against the country's Tamil population.

Promoted
Listen to the latest songs, only on JioSaavn.com
In December last year, Mr Karunanidhi had denied reports that he had praised Mr Modi and had ruled out an alliance with the BJP. Sources said Mr Karunanidhi's younger son and political heir MK Stalin was against such a partnership.