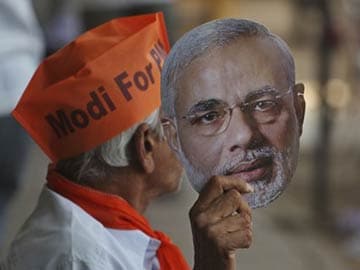 Apart from Vadodara, Modi is also contesting from Varanasi in Uttar Pradesh where he is pitted against Aam Aadmi Party leader Arvind Kejriwal and Ajay Rai of Congress.

Initial trends from 18 out of 26 seats in Gujarat showed BJP is leading in 17 seats and Congress in one.

Bajwa was trailing by 9,979 votes, the election office said.