The MCD elections was swept by the BJP. 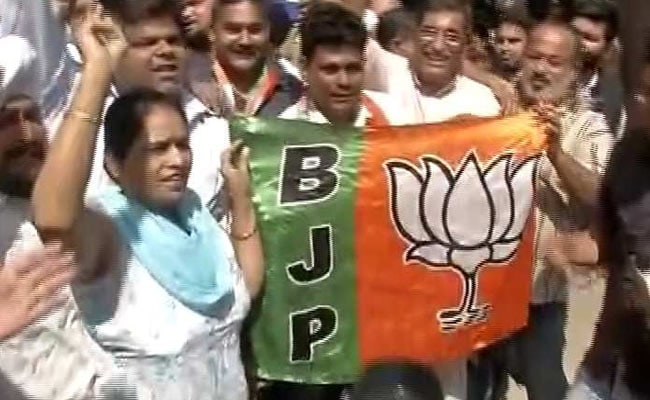 The MCD elections were held on April 23 which was swept by the BJP.

New Delhi: Mayoral elections in the three municipal corporations would be held later this month as Delhi Lt Governor Anil Baijal has approved the dates suggested by the civic bodies.

"The proposal has been sent to the LG with tentative dates for the mayoral polls for the three municipal corporations. He has approved the dates. The details on presiding officer and senior officer for conducting the elections, however, is still awaited," he said.

A mayor has to elected in the first meeting of the municipal house after the civic polls. On that day, the newly elected councillors would also be administered oath.

The MCD elections were held on April 23 which was swept by the BJP.

All three outgoing mayors belong to the BJP, the party which has ruled the MCD for the last 10 years.

In the NDMC, Sanjiv Nayyar was unanimously elected the mayor on April 28 last year, while on April 27 last year Shyam Sharma and Satya Sharma were elected as mayor of the SDMC and the EDMC respectively.

The erstwhile unified Municipal Corporation of Delhi was trifurcated in 2012 into the NDMC, the SDMC and the EDMC. The first MCD polls after the trifurcation was held the same year.

The post of mayor sees five single-year terms on a rotation basis, with the first year being reserved for women, the second for open category, third for reserved category, and the remaining two also being in the open category.

(This story has not been edited by NDTV staff and is auto-generated from a syndicated feed.)
Comments
Delhi mayoral electionsDelhi civic electionsDelhi Lt Governor Anil Baijal