BJP's Hema Malini in trouble for addressing people in temple 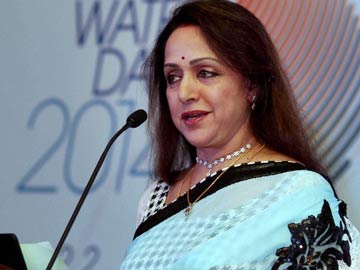 Hema Malini at an event in Delhi. (File photo)

Mathura: An FIR has been filed against actress Hema Malini, the BJP candidate from Mathura in Uttar Pradesh, for allegedly violating the model code of conduct by addressing people at a temple.

"Not only was the flag and banner of the party put on the building of the Alkeswar Temple, but Hema Malini addressed a meeting with a  loudspeaker using temple premises on April 7," said a local official, Dhirendra Sachan. (India Votes 2014: Full Coverage)

Promoted
Listen to the latest songs, only on JioSaavn.com
Three FIRs have already been filed against the actress for alleged violation of the model code of conduct, he stated. Meanwhile, notices have been issued against three other candidates from the constituency for alleged violation of model code of conduct. (Also read: Elections 2014 - Happy that I got ticket from Lord Krishna's land, says Hema Malini)