The Kerala SSLC or Class 10th results will be declared today at 10:30.

According to reports, the Pareeksha Board of Kerala SSLC met today under the supervision of Public Education Director and took the decision to declare the SSLC results today.


Kerala SSLC Results 2018: Where To Check

The SSLC results 2018 will be also made available at the third party websites like examresults.net.

The Kerala Education department has also made facilities for releasing the results in apps like PRD Live of PRD Kerala. The students may download the PRD Live app -- which is the platform for releasing the press releases and official announcements of Government of Kerala's Information & Public Relations Department -- from Google Play Store.

Kerala SSLC Results 2018: Use These Websites And Apps To Access Your Results

Apart from the PRD Kerala app, the results can also be accessed from another official mobile application for inquiring SSLC results 2018. 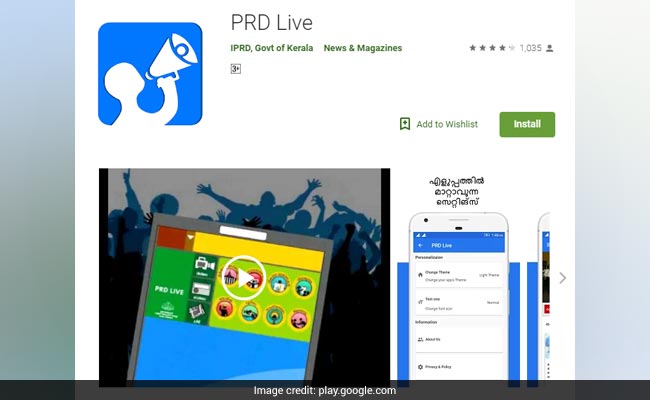 
Saphalam aap, which is powered by KITE (Kerala Infrastructure and Technology for Education). The used will get School wise, District wise and DEO wise results in the Result Analysis Link of the app.

Use these two apps for accessing your #KeralaSSLC results expected tomorrow: PRD Live of Kerala PRD and Saphalam of Kerala Education Department. The apps are available on Google Play Store. pic.twitter.com/hpKwVyc7hw


A student also can save their SSLC or HSE or VHSE result as PDF file.

This app also has a facility to share the SSLC result in various social apps.


4.41 students have appeared for the SSLC exams this year out of which 2.16 are female candidates. Last year, Kerala SSLC results were declared on May 25 and the to release the results early, the state education department has made detailed arrangements this year.

MPSOS Class 10, 12 Result 2020 Announced At Mpsosebresult.in, Here’s How To Check