The woman came outside Safdarjung hospital, shouted "we want justice" and immediately poured what is suspected to be an inflammable substance on her minor daughter. 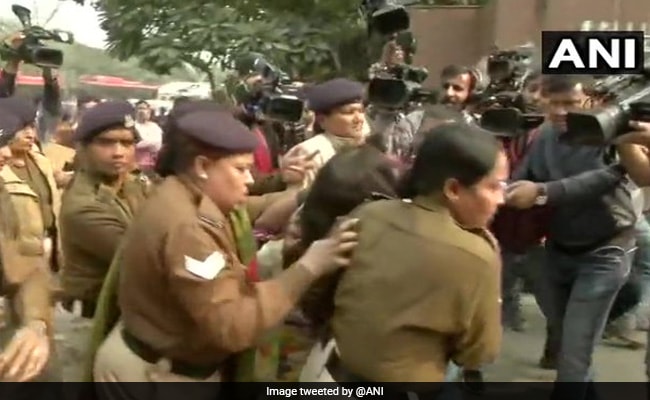 The police saved the girl and took the woman along with them after she poured the liquid on her daughter.

A woman poured "inflammable liquid" on her minor daughter outside Delhi's Safdarjung Hospital on Saturday afternoon while demanding justice for the Unnao woman who was raped and set on fire by her alleged rapists, the police said.

The incident took place nearly an hour after the Unnao woman's body was taken to her village in Uttar Pradesh from Delhi after a post-mortem.

When journalists were speaking to the people near Safdurjung hospital, the woman came there shouting "we want justice" and immediately poured what is suspected to be an inflammable substance on her minor daughter, sources said.

However, the police saved the girl and took the woman along with them.

The woman said she was traumatised by the recent Unnao rape-and-murder case and came to the Safdarjung Hospital after hearing about her death, a senior officer said, adding that they had sent the liquid to check its property.

On Thursday, the Unnao woman was airlifted to Delhi and admitted to the Safdarjung Hospital after she was set on fire by five people. She died on Friday night.

JNU Violence: Fear And Chaos At JNU After Mob Attack On Students: In Photos