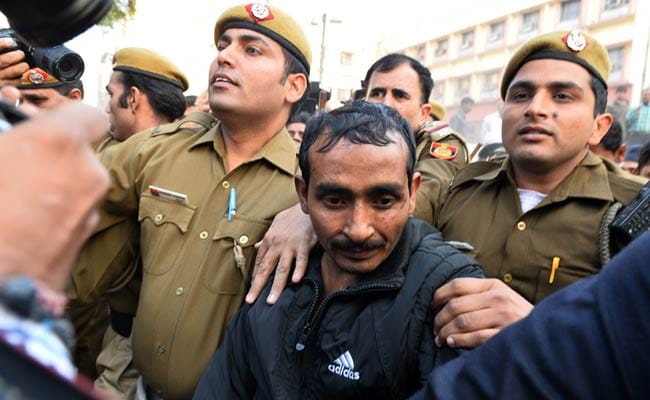 New Delhi: The Uber cab driver, who was held guilty of raping a woman passenger in his taxi and trying to strangulate her while committing the act last year, is likely to be sentenced today by a Delhi court.

Additional Sessions Judge Kaveri Baweja, who had convicted 32-year-old Shiv Kumar Yadav, is scheduled to hear arguments on quantum of sentence and pronounce the order today.

The court had on October 20 held Yadav guilty of offences under sections 376(2)(m)(while committing rape causes grievous bodily harm or disfigures or endangers life of a woman), 366 (abducting with an intent to compel her for marriage), 506 (criminal intimidation) and 323 (causing hurt) of the IPC.

The offence of endangering woman's life while raping her entails a minimum of 10 years rigorous imprisonment and a maximum of life term.

In its 99-page judgement, the special fast track court set up to deal with cases of sexual offences against women has said the girl was reminded of the horrific December 16, 2012 gangrape incident after the driver of the US-based service provider had threatened to insert an iron rod in her body.

The court has held that threat perception was very much real in the mind of the 25-year-old girl when the driver had intimated and threatened her that too at an isolated spot in the late hours of December 5, 2014 night.

According to the prosecution, the incident took place on the night of December 5 last year when the girl, a finance executive working in Gurgaon, was heading back to her house at Inderlok.

Accused driver Shiv Kumar Yadav was arrested on December 7, 2014 from Mathura and is currently in judicial custody.

Special Public Prosecutor Atul Shrivastava, appointed for conducting proceedings in the case, has said he would demand maximum punishment of life imprisonment which under the relevant provision of the amended rape law means jail term till the convict's remaining natural life.