Three-Year-Old, Who Went Missing From India Gate a Week Ago, Found 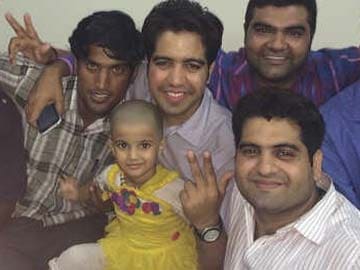 Jahnvi with her family

New Delhi: Three-year-old Delhi girl Jahnvi Ahuja, missing since last week, was found on Sunday evening. The girl had gone to India Gate along with her parents and other relatives on September 28 from where she went missing.

Suspecting that Jahnvi has been kidnapped, her family had registered a police complaint.

According to the police, a passer-by saw Jahnvi on the road outside a gurudwara in Janakpuri in west Delhi, 15 km away from her home. Jahnvi was found with her head shaved and a placard around her neck which mentioned her name, the police said.

The police then called Jahnvi's family to identify her. Jahnvi's uncle reached the police station in Mayapuri in west Delhi on Sunday evening and identified the girl.

"We are still verifying things and it is too premature to say anything right now," said Additional Commissioner of Police (New Delhi) SBS Tyagi.

Jahnvi is currently with her family.

Promoted
Listen to the latest songs, only on JioSaavn.com
Posters with the girl's photo, requesting help from people to trace her had gone viral on social networking websites. A protest was also held by family and relatives of the girl on Saturday night at India Gate which was later shifted to Jantar Mantar by the police.