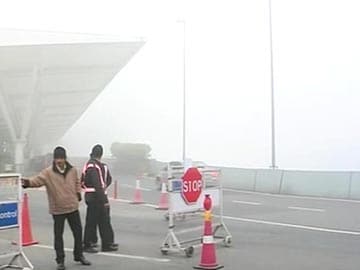 The runway visibility at the Indira Gandhi International (IGI) Airport was about 280 metres, which affected several take-offs and landings.

The maximum and minimum temperatures Thursday are expected to hover around 22 and nine degrees Celsius, a weather department forecast said yesterday.

Promoted
Listen to the latest songs, only on JioSaavn.com
Wednesday's minimum temperature settled at 10 degrees Celsius, a notch above the season's average.