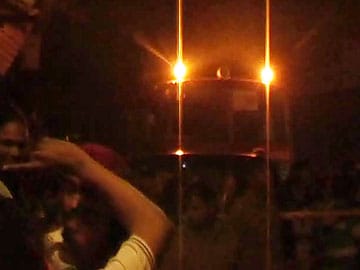 New Delhi: At least six workers, including four women, were killed and 10 injured in a fire that destroyed a factory in New Ranjeet Nagar area of Central Delhi on Saturday evening, police said.

The fire broke out at the two-storey building, housing a purse manufacturing factory, at around 5.50 PM, police said.

"Seven fire tenders were pressed into service and it took over three hours to douse the fire. An initial enquiry suggests that an electrical short circuit caused the fire. Further investigations are on," a fire official said.

Promoted
Listen to the latest songs, only on JioSaavn.com
According to an eyewitness, several workers were inside the factory when the fire broke out on the ground floor of the building in the congested area.

The blaze had spread to the entire building till the fire tenders reached the spot, the eyewitness said.