All parts of Delhi received rain in the past 24 hours. Early morning showers slowed down vehicular traffic on many stretches with waterlogging reported from some low lying areas. 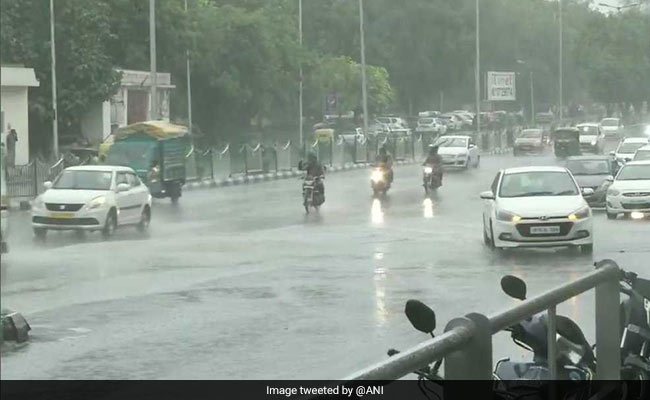 Overnight showers in Delhi brought down the minimum temperature three notches below the season's average to 23.5 degree Celsius on Thursday morning with more rainfall likely in rest of the day.

All parts of Delhi received rain in the past 24 hours. Early morning showers slowed down vehicular traffic on many stretches with waterlogging reported from some low lying areas. Traffic snarls were seen in major areas such as RK Puram, DND Flyover, Mehrauli Road, Dhaula Kuan and Najafgarh Road among others.

The Safdarjung observatory, recording of which is considered official for the Delhi, received 12.1 mm rainfall in the last 24 hours. Palam, Ayanagar, Ridge and Lodhi Road observatories recorded 61 mm, 38.8 mm, 18.2 mm, and 18 mm of rainfall, respectively.

Several commuters took to social media sites to vent their anger about the prevailing situation. They lashed out at cab drivers, who had inflated their rates.

"This will lead to a reduction in rain over Delhi and National Capital Region (NCR) area. The isolated localised spell of rain may occur due to the presence of high humidity in the atmosphere. The convection clouds may develop, leading to short spells of rain," said weather officials.