No Power for Malls After 10 PM: Delhi Lieutenant Governor 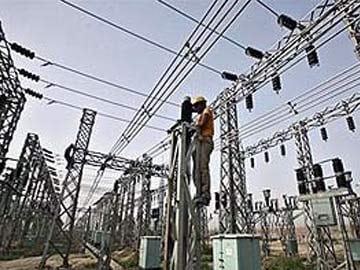 New Delhi: Delhi Lieutenant Governor Najeeb Jung today held a meeting to review the power situation in the national capital and ordered some strict measures to meet the growing demand during the peak summer season.

After the meeting, Mr Jung ordered that the power supply to shopping malls in Delhi will not be made available after 10 pm. He has also ordered all government offices, including Delhi Secretariat, and universities and colleges to switch off the air conditioners between 3:30 and 4:30 pm.

"Peak load conditions occur in the city between 3 pm to 5 pm and then again from 10 pm to 1 am during night. So, these measures will be adopted with immediate effect," an advisory from the Lieutenant Governor's office said.

The meeting was attended by the Chief Secretary, Principal Secretary (Power), senior officers of Delhi Transco Limited and Chief Executive Officers of all the power distribution companies.

Delhi registered its highest ever power consumption of 109.206 million units on May 7, leading to load shedding of around 400 MW, which affected power supply in several parts of the city.

Some areas in west and south Delhi did not have power supply for as long as eight hours.

Mr Jung had said yesterday that many areas will continue to face planned blackouts for a few more days as repairs to the power towers and lines which were damaged in the storm that hit the city last week are taking time.

Promoted
Listen to the latest songs, only on JioSaavn.com
The city has been witnessing a spell of hot weather, with temperature hovering around 45 degrees Celsius.

Why Delhi Will Continue To Experience Extreme Heat