The AAP's MCD in-charge and MLA, Durgesh Pathak had on Tuesday alleged that there was a large-scale scam in toll tax collection. 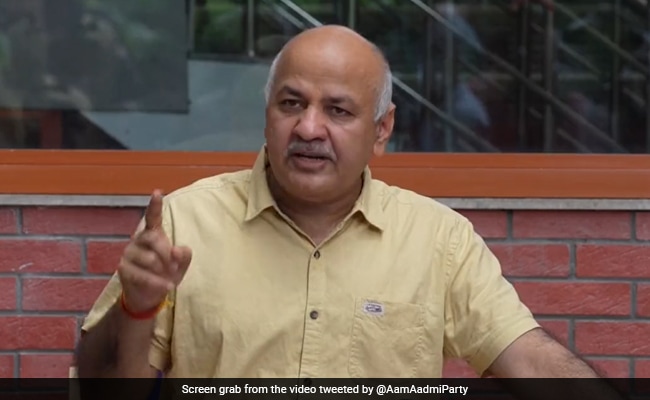 The development comes a day after AAP levelled allegations against the MCD.

The development comes a day after the Aam Aadmi Party (AAP) levelled allegations against the Municipal Corporation of Delhi (MCD) that it collided with two toll tax companies and caused huge loss to the public exchequer.

"I have written to the LG demanding a CBI probe into the toll tax scam of Rs 6,000 crore in Municipal Corporation of Delhi. The money collected from commercial vehicles coming to Delhi everyday was embezzled in connivance," Mr Sisodia said in a tweet.

The AAP's MCD in-charge and MLA, Durgesh Pathak had on Tuesday alleged that there was a large-scale scam in toll tax collection and that it was caused by BJP leaders who were then in power in the MCD in connivance with two private firms.

He said every day 10 lakh commercial vehicles come to Delhi and tax was collected from those vehicles but it allegedly did not reach the MCD.  The MCD had termed the allegations as "baseless" and "without facts".