The graffiti had been painted while the protest against the Citizenship (Amendment) Act was underway outside the gate of Jamia Millia Islamia. 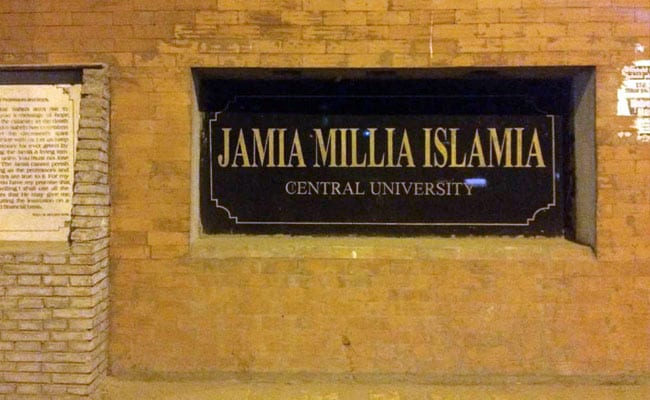 The Jamia Coordination Committee (JCC) on Tuesday alleged that policemen defaced their anti-CAA graffiti on the walls of the university, a charge denied by police.

The graffiti had been painted while the protest against the Citizenship (Amendment) Act was underway outside the gate of Jamia Millia Islamia.

The students claimed that their protest-related graffiti and verses of Faiz Ahmed Faiz and Manto were specifically targeted.

The JCC, a group comprising Jamia Millia Islamia students and alumni of the university, had called off its sit-in protest against the new citizenship law last week in the wake of coronavirus outbreak.

The JCC members claimed that policemen came along with painters on Tuesday morning and defaced the graffiti.

"Are paintings also violating lockdown? Susceptible to Coronavirus infections? So why are these at Jamia being painted over? Such vindictivenes in the garb of locking down. Shame! @DelhiPolice ..An absolute shame. #WeWillRiseAgain #jamia #Inquilabliveson #inquilabzindabad," the JCC tweeted.

The JCC members also alleged that essential supplies, which were to be sent to riot-hit northeast Delhi, kept in the tents were stolen.

"You may erase the graffiti, you may steal the tents but you cannot suppress our voice because ideas are bulletproof," the JCC tweeted.

However, the senior police officer of southeast district denied the allegations.