One of the watches, made by American jeweller and watchmaker Jacob & Co., "is an extraordinarily exorbitant, customised billionaire piece made of gold and studded with diamonds", customs officials said.

The luxury items were being smuggled in to avoid the duties and levies on such products, officials said.

A diamond-studded white gold wristwatch worth Rs 27 crore was among seven high-end timepieces seized by customs officials at the Delhi airport on Thursday, officials said.

The haul, along with a diamond-studded bracelet and an iPhone 14 Pro, was seized from a passenger who arrived from Dubai, they said.

The items were being smuggled in to avoid the duties and levies on such products, they said, adding it was "the biggest seizure" at the Indira Gandhi International Airport of commercial or luxury goods.

One of the watches, made by American jeweller and watchmaker Jacob & Co., "is an extraordinarily exorbitant, customised billionaire piece made of gold and studded with diamonds", customs officials said. 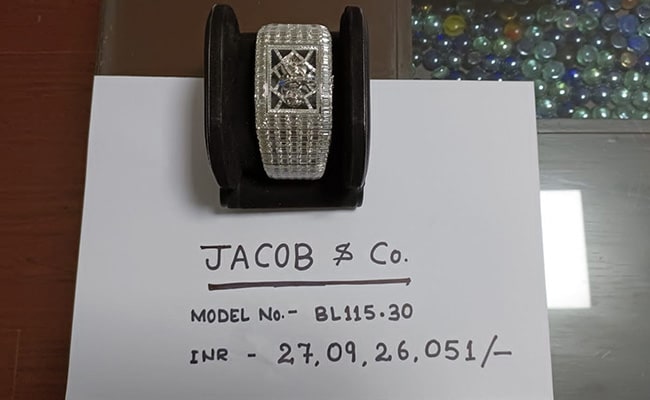 A listing page for the timepiece says the Swiss made 'Billionaire III Baguette White Diamonds 54 x 43 mm watch' is made of 18-karat white gold set with 76 white diamonds. 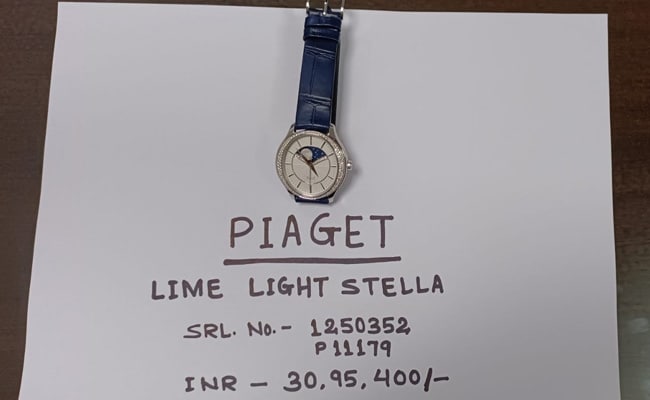 Its skeleton dial is also studded with diamonds, and it has a manual-winding movement. 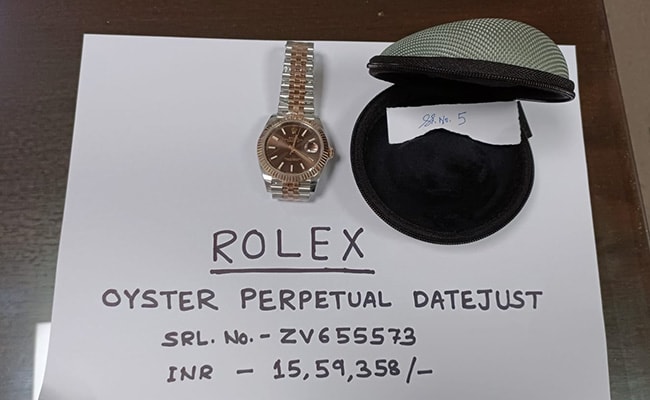 According to customs officials, a search of the passenger's baggage resulted in the recovery of six other wristwatches, including a Piaget Limelight Stella and five Rolexes. 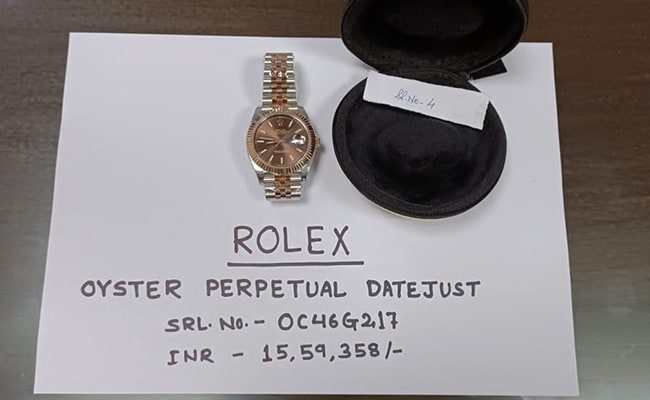 While the Piaget costs nearly Rs 31 lakh, the Rolexes are priced at around Rs 15 lakh each. 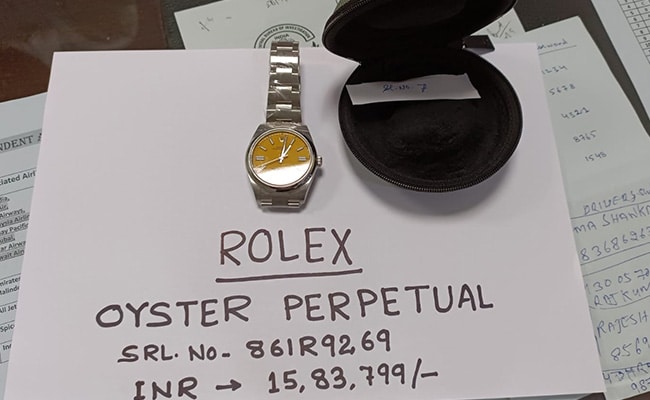 The total value of the seized items is over Rs 28 crore. 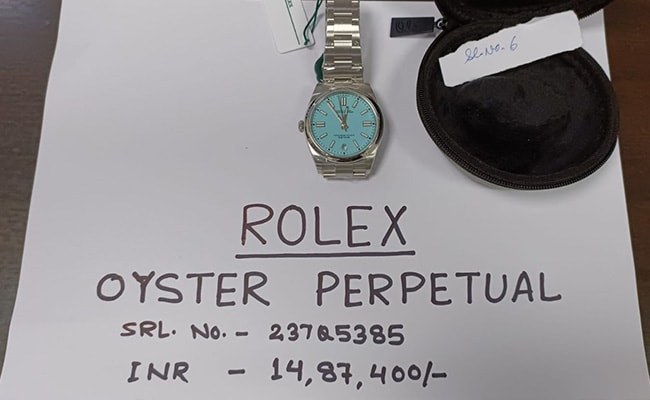 "Alert customs officers at Delhi Airport have made this possible in spite of having such high passenger traffic. Indian Customs have always ensured maximum facilitation with minimal disturbance to genuine passengers simultaneously ensuring the safeguard of economic frontiers by curbing smuggling," Chief Commissioner, Delhi Customs Zone Surjit Bhujabal said in a statement. 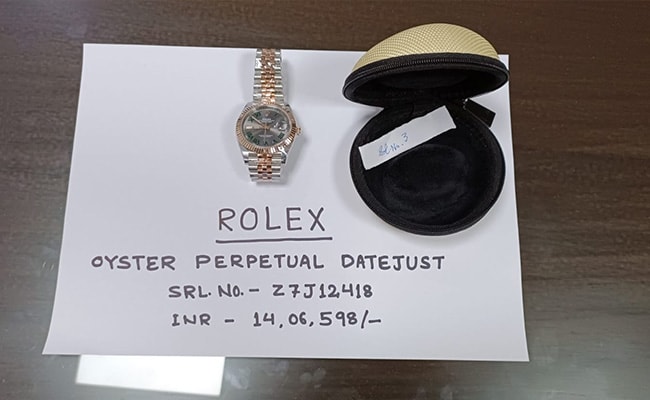 Commissioner Airport Delhi Customs Zubair Riaz Kamili said, "In commercial or luxury goods, it is the biggest seizure in value terms at the IGI Airport in one go. In value terms, it is equivalent to seizing around 60 kg of gold in one instance."