The three-member panel submitted its report after looking into the records of Delhi's Max Hospital in Shalimar Bagh and meeting with staff members. 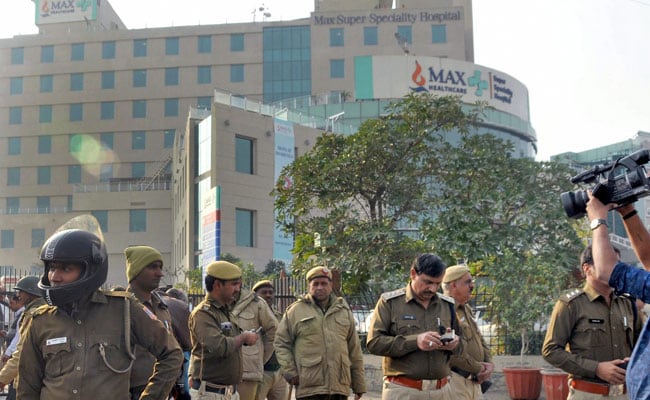 Max Healthcare has terminated the services of two doctors allegedly involved in the case. (File)

New Delhi: A Delhi government panel formed to probe the case of a premature baby, wrongly declared dead by an upscale private hospital, has found the hospital guilty of not following prescribed medical norms in dealing with newborn infants.

"The panel in its report found the hospital guilty of not having followed prescribed medical norms in dealing with newborn infants," the source said.

According to the panel's report, no ECG tracings were done to check if the child was alive. Electrocardiogram tracing or ECG tracing is a procedure done to evaluate the heart. The body was handed over to the parent without written instructions, in a plastic bag.

In response to the report, Max Healthcare said, "We would like to thoroughly review the final report when we receive it before commenting. In the meantime, we are fully cooperating with all relevant authorities on this issue."

As part of its initial action, Max Healthcare on Sunday decided to terminate the services of two doctors allegedly involved in the case.

The action against the doctors was taken "on the basis of initial discussions with the expert group and as a reflection of the commitment to higher standards of care", the hospital said in a statement.

The hospital had ordered an inquiry into the case on December 1. The case pertains to the birth of twins on November 30. The parents alleged the babies, a boy and a girl, were declared dead by Max Hospital in Shalimar Bagh but later they found that the boy was alive.

On December 2, the Delhi health minister said if the hospital was found guilty of medical negligence in its probe, its licence could be cancelled.

The parents had earlier said they were told by the hospital that both the babies were stillborn. The infants were handed over to them in a plastic bag, they said. Six hours later, as the family was going to perform the last rites, they discovered that the baby boy was breathing, the police said.

Promoted
Listen to the latest songs, only on JioSaavn.com
"We rushed the baby to a nearby nursing home in Pitampura, where he is on life support," the father had said.