The green panel also said that it was leaving the issue to be dealt by the authorities concerned without expressing any opinion on merits at this stage. 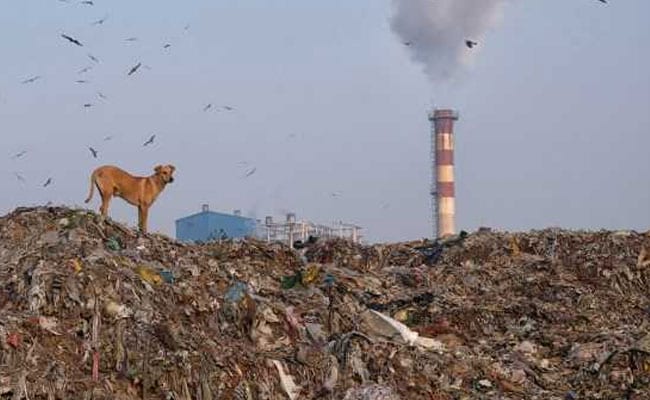 The saturation of the Ghazipur landfill site had prompted the EDMC to move the NGT. (FILE PHOTO)

The National Green Tribunal (NGT) has refused to entertain a plea by the East Delhi Municipal Corporation (EDMC) seeking land to manage garbage at the Ghazipur landfill site, saying that dispute of departments is to be resolved at the administrative level.

The green panel said the issue of availability or suitability of the site for the landfill and its allotment is to be sorted out between the EDMC and the Delhi Development Authority (DDA) in accordance with the law.

"We have considered the matter. We find difficult to pass further orders on the applications. The matter pending before the tribunal already stands disposed of. Inter se dispute of departments is to be resolved at administrative level. Jurisdiction of the tribunal is to provide remedy to a victim for environment protection against action taken in violation of norms," a bench, headed by NGT Chairperson Justice Adarsh Kumar Goel, said.

"Rules are in force which have to be followed. Applicants do not have grievance against the authorities which may fall under Sections 14 and 15 of the NGT Act, 2010," it said.

The green panel also said that it was leaving the issue to be dealt by the authorities concerned without expressing any opinion on merits at this stage.

The saturation of the Ghazipur landfill site and the non-availability of alternative land to manage garbage had prompted the EDMC to move the NGT.

The EDMC had moved an application, seeking direction to the DDA to hand over a piece of land at Sonia Vihar and a plot at Ghonda Gujran for solid waste management facilities on a priority basis.

Advocate Balendu Shekhar, appearing for the EDMC, had said the two pieces of land were approved and appraised by the Central Pollution Control Board and it should be handed over to the corporation for handling municipal solid waste.

The DDA, represented by advocate Kush Sharma, later told the tribunal that based on the reports of the CPCB and the National Environmental Engineering Research Institute (NEERI), an area of 88 acres at Sonia Vihar and a 42.5-acre plot at Ghonda Gujran can be given to the EDMC for handling and processing waste.

However, several pleas opposing the DDA's approval to allot the land at Sonia Vihar and Ghonda Gujran were filed with the tribunal.