Tanya Sharma, was out for her birthday shopping on Wednesday with her sister and mother when a man snatched her phone and handbag. 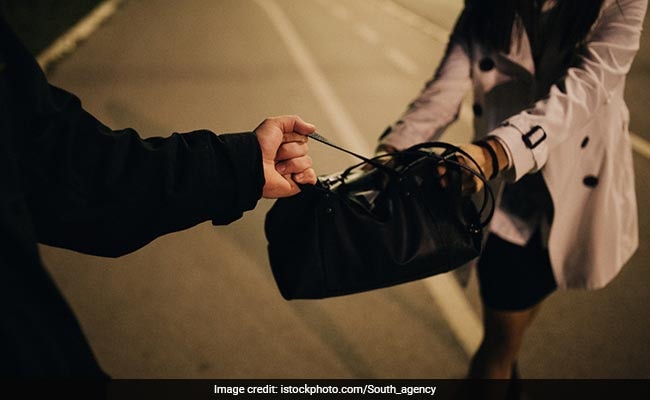 A 22-year-old woman, who was out for her birthday shopping, became the victim of a snatching bid but despite sustaining injuries, she managed to catch hold of the accused and handed him over to police.

The incident was reported from central Delhi's Paharganj on Wednesday.

Tanya Sharma, an executive with a private firm, was out for her birthday shopping on Wednesday with her sister and mother when a man snatched her phone and handbag.

Ms Sharma said the man started running towards his accomplice who was waiting two-three steps away on a motorcycle.

"I did not let go of my bag and cell phone and in the scuffle, my cell phone fell on the ground and the man fled with my bag and sat on the motorcycle," she said.

However, she did not let go of the bag and was dragged for a some distance by the motorcycle-borne men. She ended up sustaining injuries on her neck and legs but did not give up.

Meanwhile, her mothers and sister managed to catch hold of the snatcher with help from the locals while the motorcycle rider fled from there, she recalled.

Tanya Sharma said it was her birthday but since her phone had been seized by the police she was unable to contact anyone.

She claimed that the police had taken her phone on Wednesday and had told her they would return it on Wednesday but it was not returned as yet.