4 Members Of Family Killed In Massive House Fire In Delhi

According to the fire department, four members of a family died of suffocation in the massive house fire in Delhi's Old Seemapuri area. 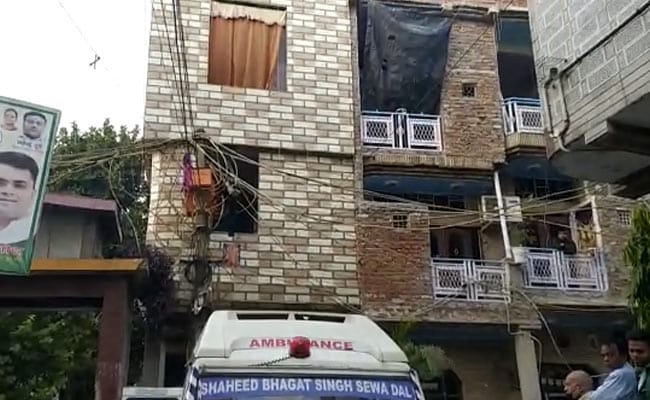 All four bodies were recovered from the top floor of the three-storey building where the fire broke out.

Four members of a family were killed in a massive house fire that took place today in the early hours of the morning in Delhi.

The fire broke out at 4 am today, officials said.

The fire department received information at 4.07 am, following which four fire tenders arrived at the scene in Delhi's Old Seemapuri area, to bring the fire under control.

All four bodies were recovered by the fire department from a room on the third floor of the three-storey building, officials said.

According to the fire department, the four members of the family died of suffocation.

The victims have been identified as 58-year-old Horilal, his 55-year-old wife Reena, their 24-year-old son Ashu and 18-year-old daughter Rohini.

Another member of the family, Horilal and Reena's son Akshay, aged 22, survived the fire, as he was sleeping on the second floor of the three-storey building, and the fire was contained to the top floor where the rest of the family was sleeping.

Horilal was a Class IV employee in Shastri Bhavan and was to retire in March 2022, while his wife was a sweeper in the Municipal Corporation of Delhi. Their son Ashu was still looking for work while Rohini was in the 12th standard in a government school in Seemapuri. Akshay currently works as a labourer.

All the bodies have now been sent for a post-mortem.

Preliminary investigations suggest that cause of the incident was a mosquito coil catching fire and filling up with smoke.

The police have registered a case under 436 and 304A of the Indian Penal Code, and an investigation is currently underway.