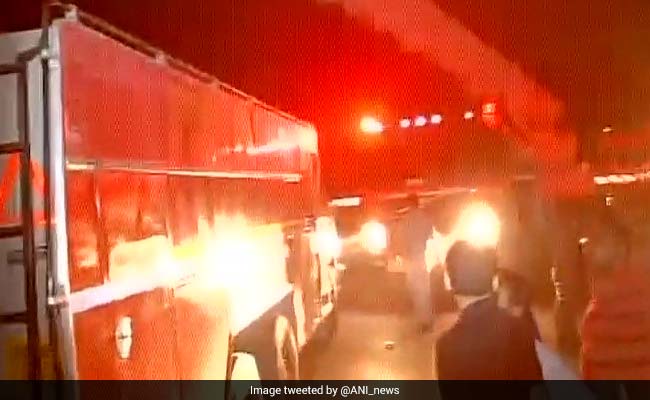 An electrical short-circuit triggered the fire, suspect the police.

"A call about the fire was received by us at 8:05 PM. Fire Department personnel are at work at the site located on Church Road," a Delhi Fire Service official said.

"No casualty or injury to anyone has been immediately reported and further details are awaited," he said.

Police suspected that an electrical short-circuit triggered the fire.

"The fire spread quickly due to hot weather condition," a police official said.

(Except for the headline, this story has not been edited by NDTV staff and is published from a syndicated feed.)
Comments
Kashmere GateFire