"Will there be any person alive in Delhi in such a situation?" an irked top court said and sought details of how plans on management of solid waste could be implemented. 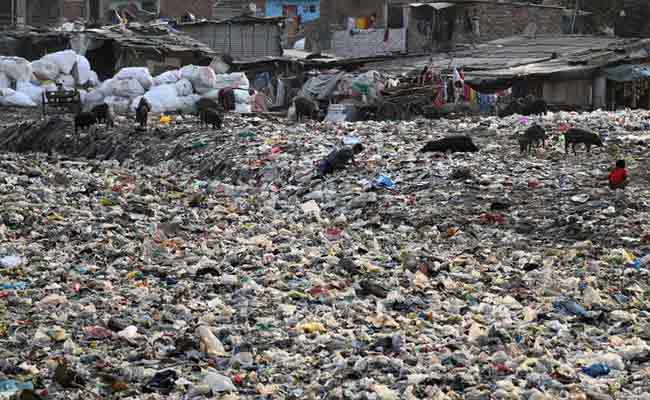 The Supreme Court today said that Delhi was facing an "emergency situation" due to mountains of garbage as it expressed dissatisfaction over the response of authorities on waste management.

"Will there be any person alive in Delhi in such a situation?" an irked top court said and sought details of how plans on management of solid waste could be implemented, especially on segregation of household waste.

The bench comprising justices Madan B Lokur and Deepak Gupta also sought details from authorities on pilot project for segregation of household waste launched in some areas like Defence Colony, Green Park and Maharani Bagh here and also about the problems being faced by the agencies in its implementation.

The court fumed at Additional Solicitor General (ASG) Pinky Anand's submission on residents of Sonia Vihar objecting to a landfill site, saying the people had every right to question the decision and and even went on to say that the civic body should dump the "waste on the Raj Niwas Marg", where Delhi Lieutenant Governor's official residence is located, instead of treating people like this.

It said that segregation of waste at household level was an important issue and asked the authorities to inform the top court as to whether an awareness campaign in this regard could be started throughout the city.

"It is an emergency situation and unfortunately your reactions are not indicating any solution," the bench told the ASG.

The bench took exception that area falling under the South Delhi Municipal Corporation (SDMC) was generating 3,600 tonnes of waste everyday out of which 1,800 tonnes was thrown at the landfill site.

The ASG told the bench that the authorities were working on it and taking steps in this regard and by December 2019, all the waste generated in SDMC area would be sent to waste to energy and processing plants.

"Ganga Ram Hospital has done a study which says that 50 per cent of population of Delhi has a chance of having lung cancer even if they do not smoke. The Niti Aayog says that in 2019, there will be shortage of water in Delhi. Will there be any person alive in Delhi in such a situation? 1,800 tonnes a day is huge. What will happen from now till December 2019," the bench observed.

The ASG said that in East Delhi Municipal Corporation (EDMC), the issue of having a landfill site at Sonia Vihar was being opposed by residents of the area.

"Are you suggesting that people cannot raise this issue like what was done in 1975 that if you ask something, you will be put in jail?," the bench asked.

When the ASG said that they were not suggesting anything like that, the bench said, "Then put it (garbage) on the Raj Niwas Marg. Do not treat people like this. In Sonia Vihar, perhaps the underprivileged people live."

"Lives of people are going to be affected if you will put garbage in front of their house. They have a right to say that do not put garbage in front on my house. It is an criminal offence. People will object to it. You will have to find a solution. You cannot just shift the garbage like this," the bench observed.

The ASG said that waste treatment and waste to energy plants have to be set up and there might be some inconvenience to the people but that have to be dealt with by the agencies.

The bench asked the authorities to apprise it about the scheme for segregation of waste and noted that there were four kinds of waste -- wet, dry, hazardous and construction and building waste.

It also sought details as to whether penalty could be imposed on people dumping construction debris or for not following plan on segregation of waste, including household waste.

"You can perhaps have some penalty if people will not follow it (segregation plan)," the bench said, adding, "People who create construction debris and a person who pulls down his house should pay for it".

The bench also observed that the primary responsibility should be of the people to segregate waste at household level and asked why cannot solid waste management begin at home.

The Supreme Court told the authorities to give details about issues related to segregation of waste, including manpower, vehicles to carry wastes, the people involved in the process.

It said these details should be placed before it by August 14 and posted the matter for hearing on August 17.

During the hearing, the ASG told the court about the steps being taken with regard to management of waste.

Senior advocate Colin Gonsalves, assisting the court as an amicus curiae, said that they have conducted a study on the Ghazipur landfill site in East delhi which reflected that official data about it was "very misleading".

When an issue was raised that the municipal corporations were dumping all types of waste in same vehicle, the ASG said different vehicles were used for collecting separate kind of wastes.

Delhi's Lieutenant Governor (LG) had earlier told the court that his office was regularly reviewing and monitoring the garbage disposal plans and actions of municipal bodies.

The issue of waste management had cropped up when the court was dealing with a matter in which it had in 2015 taken cognisance of death of a seven-year-old boy due to dengue.

The victim had been allegedly denied treatment by five private hospitals here and his distraught parents subsequently committed suicide.