The Sunder Nursery has also been recognised as the Award of Excellence in this year's UNESCO Asia-Pacific Awards for Cultural Heritage Conservation, it said in a statement. 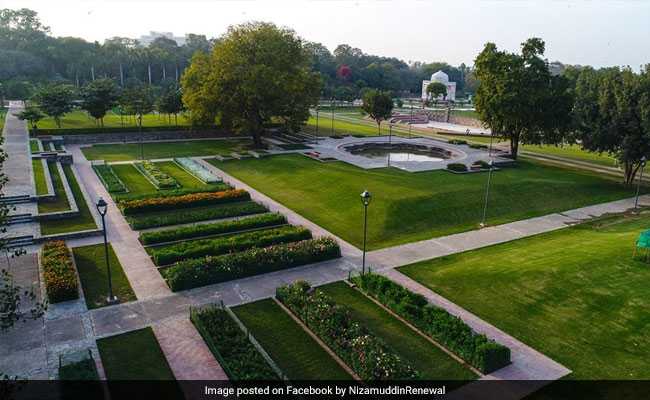 Delhi's iconic Sunder Nursery, a 90-acre garden which was transformed into a horticultural paradise after a decade-long conservation work, is among the winners in the UNESCO Asia-Pacific Awards for Cultural Heritage Conservation this year.

Also, Koothambalam at Guruvayoor Temple in Kerala's Thrissur has been chosen in the Award of Distinction category.

The innovative revitalisation of the Lai Cho Wo Rural Cultural Landscape in Hong Kong SAR, China and the transformative management of the historic Sunder Nursery of New Delhi have received the newly introduced Special Recognition for Sustainable Development, the UNESCO Bangkok has said.

The Sunder Nursery has also been recognised as the Award of Excellence in this year's UNESCO Asia-Pacific Awards for Cultural Heritage Conservation, it said in a statement.

Thick vegetation had taken over its lawns and the centuries-old tombs on its premises laid decrepit for years, but after a decade-long conservation work, the Sunder Nursery was transformed into a new horticultural paradise, and was opened to the public in February 2018.

The centrepiece of the park, located near UNESCO heritage site of Humayun's Tomb, is the Sunder Burj, a Mughal-era tomb endowed with embellished artwork on its inside dome and walls.

"We are delighted that Sunder Nursery is being celebrated and now recognised by UNESCO too," said an official of the Aga Khan Trust for Culture (AKTC), which carried out the conservation work, on Saturday.

A total of seven projects have been acknowledged by an international panel of jury members in this year's awards. The jury deliberation was carried out in November, conducted fully online for the first time in the awards history. The jury reviewed 48 entries from nine countries from the Asia-Pacific region, it added.

The Jury applauded the Lai Chi Wo Rural Landscape project for its "pioneering approach to reviving a once-abandoned rural cultural landscape".

The Sunder Nursery, winner of two awards from the 2020 cycle, was awarded the Special Recognition for Sustainable Development for its "transformative impact in turning a barren site into an urban oasis in the heart of New Delhi... it pays equal attention to ecological restoration, thus underscoring the message that heritage conservation is beyond monuments and is only truly sustainable when essential linkages between nature and culture are profoundly understood and nurtured."

The project's highest level of achievement in the awards' conservation category was praised for its "comprehensive renewal of the Sunder Nursery ensemble [that] sets a new bar for heritage restoration and serves as a catalytic model for public-private partnerships in India".

Since 2000, the UNESCO Asia-Pacific Awards for Cultural Heritage Conservation programme have been recognising the efforts of private individuals and organisations that have successfully restored, conserved and transformed structures and buildings of heritage value in the region.

By acknowledging private efforts to restore and adapt historic properties, the awards encourage other property owners to undertake conservation projects within their communities, either independently or by seeking public-private partnerships, the statement said.

Awarded projects reflect a clear understanding and application of various criteria, such as the articulation of the spirit of place, technical achievement, appropriate use or adaption, and the project's engagement with the local community and its contribution to enhancing the sustainability of the surrounding environment and beyond, it added.