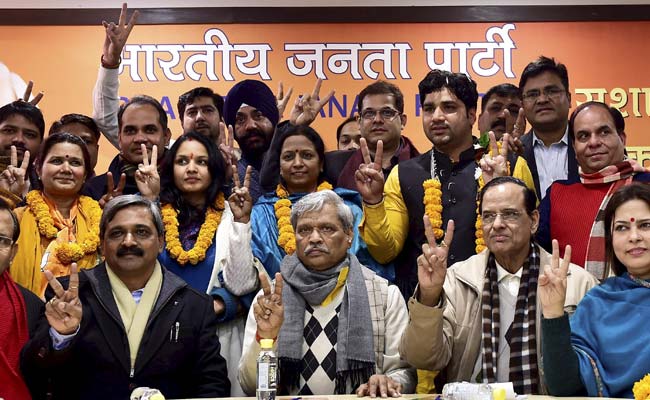 The Election Committee, which was announced today, will have an important role to play in forming the poll strategies. (Press Trust of India)

New Delhi: Bharatiya Janata Party MPs Harsh Vardhan and Meenakshi Lekhi are among the 21-member Election Committee which will oversee the party's campaign for the February 7 Assembly polls in the national capital.

The Election Committee, which was announced today, will have an important role to play in forming the poll strategies.

Filing of nomination papers for coming Delhi elections begins tomorrow. The last date for filing nominations is January 21. The date of scrutiny is January 22, while candidates can withdraw from the electoral battle by January 24.

Promoted
Listen to the latest songs, only on JioSaavn.com
Counting of votes for the election to the 70-member Assembly will be held on February 10, ahead of the expiry of President's Rule which was imposed in the national capital on February 15 last year.

In the last Assembly polls in Delhi in December 2013, BJP had bagged 31 seats in addition to one by its ally SAD, falling short of a simple majority in the 70-member House. The AAP had won in 28 seats, followed by eight of Congress.
Comments
Bharatiya Janata PartyHarsh VardhanMeenakshi LekhiBJP Delhi Election CommitteeeDelhi ElectionsSatish Upadhyay