The arrested members confessed to having duped around 1,000 people of approximately Rs 1.5 crore, officials said. 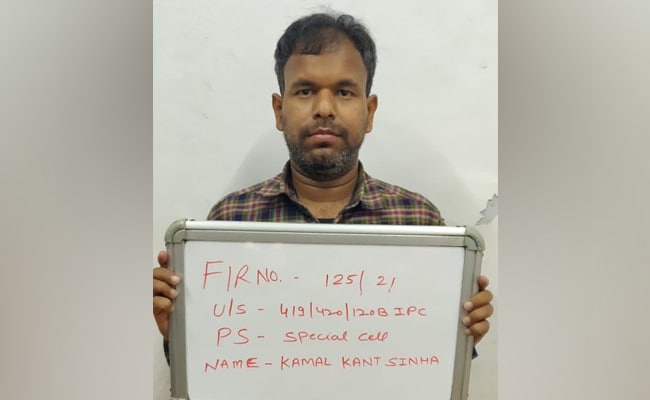 The three arrested accused were also involved in one more case of cheating.

The Delhi Police Cyber Cell has arrested nine members of a gang which allegedly duped around 1,000 people on the pretext of delivering medical oxygen cylinders during the second wave of COVID-19 pandemic, officials said on Saturday.

The arrested members confessed to having duped around 1,000 people of approximately Rs 1.5 crore, they said.

The gang had multiple different modules.

The police said the masterminds of the gang are postgraduates who conduct coaching classes, while the rest had links with other gangs of cheaters and provided their bank accounts and SIM cards for commission.

According to the police, one Vinod Kumar alleged that when his wife was suffering from COVID-19 and required oxygen support, he contacted on a mobile number which was circulated through social media platforms.

He was asked to deposit Rs 25,000 in an account and was assured early delivery of an oxygen cylinder. After he deposited the money, he neither got oxygen cylinder nor got his money back, the police said.

Deputy Commissioner of Police (Cyber Cell) KPS Malhotra said that technical investigation of mobile phone numbers and the money trail identified after bank accounts analysis led initially to the identification of three accused who were arrested from different districts of Bihar.

The three arrested accused were also involved in one more case of cheating.

Six more persons were arrested in the case who are residents of West Bengal and Bihar based on the disclosure of the earlier arrested three men, they said.

A total nine mobiles phones, a laptop, 11 SIM cards and seven ATM cards have been recovered from them, the police said, adding further investigation is underway.