Delhi Metro's Pink Line Opens For Public: Everything You Need to Know About Route, Schedule, No of Stations

The end-to-end travel time of the Majlis Park-Durgabai Deshmukh South Campus stretch is 34 minutes and will cost Rs 40. 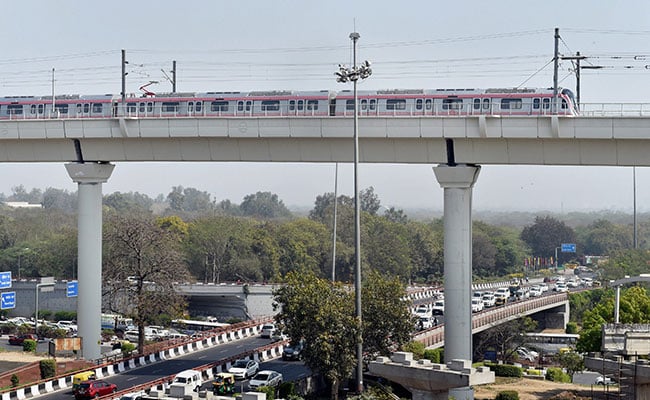 This section, which has 12 stations, is part of the 59 km-long Majlis Park-Shiv Vihar corridor

The new corridor has, for the first time, also connected the north and south campuses of the Delhi University, on the metro network, which can be commuted in 40 minutes.

With the opening of the 21.56 km-long section, the Delhi Metro's operational network will expand to 252 km, a senior DMRC official said.

Union Minister for Housing and Urban Affairs (Independent Charge) Hardeep Singh Puri and Delhi Chief Minister Arvind Kejriwal ceremonially flagged it off from the Metro Bhawan during a function.

Passenger services on the stretch will begin from 6 pm onwards from both Majlis Park and Durgabai Deshmukh South Campus stations simultaneously, the official said.

It would prove a big boon for commuters, especially students, who till now have to travel either by road from the North Campus or take the Airport Line metro till Dhaula Kuan and commute again on road. 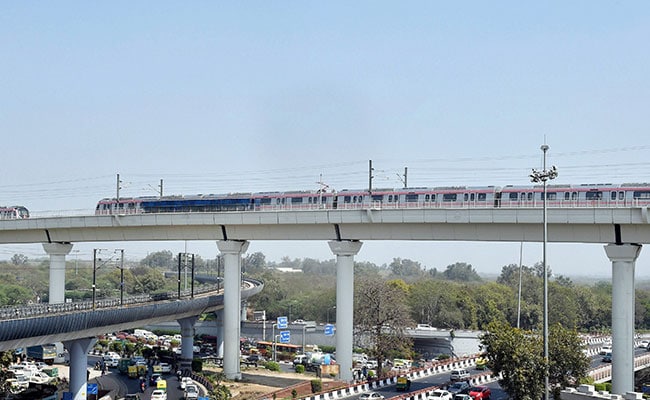 The North Campus area of the Delhi University already has a metro station -- Vishwavidyalaya, which falls on the Yellow Line that connects Samaypur Badli to Huda City Centre in Gurgaon.

"The ticket from Vishwavidyalaya station to Durgabai Deshmukh South Campus station will cost Rs 50. On Sundays and national holidays anyway, the fare is less than the regular cost on all lines," the senior official said.

This section, which has 12 stations, is part of the 59 km-long Majlis Park-Shiv Vihar corridor (Pink Line or Line 7) of Delhi Metro's Phase 3. All the stations have platform-screen doors and colour-coded signages.

Azadpur Station (with Yellow Line) is one of the three interchange stations on the Pink Line stretch that opened today, the other two being, Netaji Subhash Place (with Red Line) and Rajouri Garden (Blue Line).

The Commissioner for the Metro Rail Safety (CMRS), which inspected the stretch from February 26-28, has given the clearance for the project.

Out of the 12 stations, eight are elevated and the rest underground. As with the recently-opened Magenta Line, broad-sized coaches from the new rolling stock, will ply on the standard gauge Pink line.

Metro's new generation trains, which can run without drivers, will also run on this section where an advanced Communication Based Train Control (CBTC) signalling technology that will facilitate the movement of trains with a frequency of 90 to 100 seconds will also be pressed into service.

However, for an initial period of two-three years, the trains will have drivers.

"For the first time travelators have been installed at the foot over bridges to facilitate interchange at Rajouri Garden and South Campus stations," the official said.

Promoted
Listen to the latest songs, only on JioSaavn.com
The 21.56 km-long corridor, once opened, will also reduce metro travel time between Dwarka 21 (Blue Line) and Rithala (Red Line) by over 16 minutes; and Rajouri Garden and Azadpur by nearly 23 minutes, the DMRC said.