The action plan to be submitted by the Municipal Corporation of Delhi will be monitored on a regular basis by the Lt Governor himself and if required, he would visit the sites to see progress. 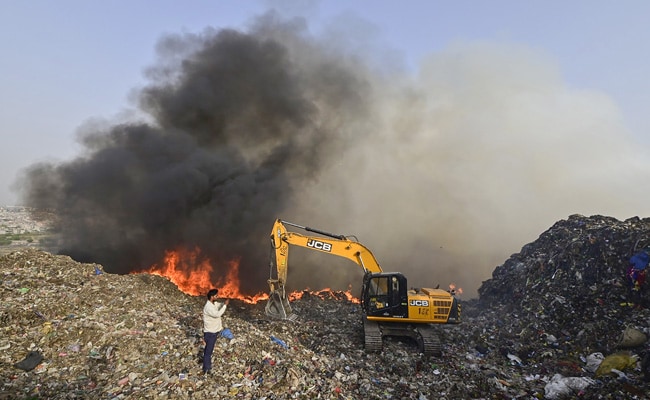 The action plan to be submitted by the Municipal Corporation of Delhi (MCD) will be monitored on a regular basis by the LG himself and if required, he would visit the sites to see actual progress, it said.

A special cell will be put in place at the LG secretariat to monitor the work on a weekly basis, the statement said.

Lt Governor Saxena visited the sanitary landfill site at Ghazipur and directed that a dedicated team of officers be constituted to draw out an action plan mentioning a fixed date of completion for the complete razing of the three garbage sites.

He suggested adopting reverse engineering model to ensure that the deadlines are met and goals achieved.

The recycling activities being undertaken on the mounds was generating substantial dust that was adding to the haze and pollution in the adjoining areas, it said.

To address this, Lt Governor Saxena said recycled water from nearby sewage treatment plant (STP) should be used for sprinkling and settling the dust, the statement said.

Spread over 70 acres, the Ghazipur landfill site has legacy waste amounting to 140 lakh metric tonnes and the east Delhi areas that it caters generate 2,600 metric tonnes of waste on a daily basis.

Similarly, the sites at Bhalswa in north Delhi and Okhla in south Delhi contain legacy waste mounds amounting to 80 and 50 lakh metric tonnes.

The solid waste at these sites are of three categories - refuse derived fuel (RDF), construction and demolition (C&D) and inert waste.

While the RDF waste is being used to generate power from 'waste-to-energy' plants set up for this purpose, a small quantity of inert waste is being taken by the National Highways Authority of India (NHAI) for its road construction activities, the processed C&D waste can be used for construction and filling activities.

While reviewing the ongoing work of bio-remediation at the site that also involves segregation of waste and off take of recycled garbage, Lt Governor Saxena directed that the Ghazipur 'waste-to-energy' plant be operationalised at the earliest so that the amount of fresh waste being added to the site is reduced.

To address the issue of inert waste material, he directed officials to explore the possibility of it being used by other states as is being done by the NHAI.

He was informed that off take of recycled C&D waste was an issue of concern and suggested that the possibility of making it available to the general people, builders and construction firms in the national capital region (NCR) region be explored.

This he said, will also result in revenue generation.

He suggested that experts be consulted so that innovative technologies can be put to use for the completion of the process of wiping out the garbage mounds.

While recalling Prime Minister Narendra Modi's exhortation of wiping out these garbage mounds on the launch of Swachh Bharat 2.0 on Gandhi Jayanti last year, he called upon the entire government machinery in Delhi to achieve the goal.

Underlining that the lapses therein will be taken extremely seriously and responsibility thereof will be fixed, he instructed officials of MCD to regularly put out in public domain the reduction in height of the mounds achieved as a result of their efforts at all the three sites