The court was told that fire clearance was not granted by considering the capacity of a building but by taking into account the number of seats in each place. 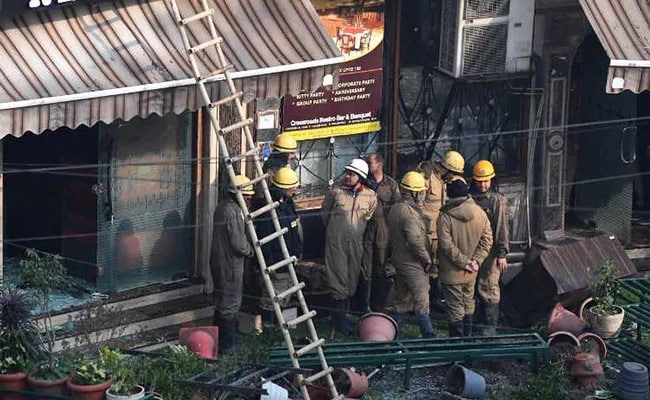 In February, 17 people were killed in a fire at a hotel in Delhi's Karol Bagh. (AFP)

The Delhi High Court pulled up the Aam Aadmi Party (AAP) government today over its "moronic" fire clearance norms for restaurants, responsible for many accidents.

The observation by Justice Vibhu Bakhru came after the court was told that fire clearance was not granted by considering the capacity of a building, where one or more restaurants may be located, but by taking into account the number of seats in each place.

The court noted that if a building has a separate restaurant on each of its floors, none of them would need fire clearance as long as their individual seating was below 50.

"It is moronic, for want of a better word. No wonder fire accidents happen. You (government) are looking at it (fire clearance) in the wrong way. You have to look at it building-wise," the court said.

The court heard petitions by two restaurants, run from separate floors of a single building at Hauz Khas Village, challenging their sealing for lack of fire clearance.

While issuing notice to the Delhi government and other local authorities, seeking their stand in the matter, the court said: "Fire clearance has to be looked at from the view of capacity of building as a whole and not restaurant-wise."

The court also said that four restaurants with individual seating of 48 each, or total 192, being run on four different floors of a building are as much a fire hazard as one single restaurant with 192 seating operating out of several floors of one building.

The petitioner, then agreed to keep one of the restaurants closed till requisite clearances are received and sought permission to run the other one at reduced capacity.

Taking note of the submission, the court asked the petitioner to make an application to the competent authority indicating that it would keep one restaurant closed and run the other at reduced capacity.

The court asked the authority to immediately take a decision on receipt of the application and to allow operation of the second restaurant if it conforms to all the guidelines.

With the directions, it listed the matter for further hearing on August 26.