There are currently three pollution plans for Delhi and while one of them is officially in play, there is little or no understanding of what is to be done with the other pollution plans. Also, few seem to have an answer for why there is no plan for the rest of India which has many cities that are often more polluted than the national capital.

New Delhi: If you have tears, prepare to shed them now - these words Shakespeare's Julius Caesar could be relevant for citizens of Delhi. Only, you may not have to prepare to shed your tears, they may force themselves out owing to the pollution.

There are currently three pollution plans for Delhi and while one of them is officially in play, there is little or no understanding of what is to be done with the other pollution plans. Also, few seem to have an answer for why there is no plan for the rest of India which has many cities that are often more polluted than the national capital.

The plan currently in action is the GRAP or Graded Response Action Plan laid out by a Supreme Court-mandated panel called EPCA about a year ago. Since then, the National Green Tribunal has come up with one as well as the Prime Minister's office.

The PMO's pollution task force came up with a 12-point action plan with the Central Pollution Control Board. But as sources told NDTV, without inviting the EPCA.

Sunita Narain, the environment expert who is on the Environment Pollution Control Authority or EPCA told NDTV, "We will be giving our suggestions to the PMO (Prime Minister's office). We have already submitted our suggestions. Our comprehensive action plan is already on the website." Vinay Sahasrabuddhe, the BJP's Vice President and a member of the Rajya Sabha, spoke to us after his speech in parliament about the toxic air. NDTV asked him why was the only body whose plan is currently in action - the EPCA's GRAP - was not invited to be part of the PMO's Pollution Task Force. Mr Sahasrabuddhe first said, "I don't think so, they are a part of it" and then on being countered by this journalist, he said, "I don't want to get into technicalities."

Hardeep Puri, Minister of State in the Ministry of Housing and Urban Affairs said, "It is entirely PM's prerogative as to whom he appoints to that committee...it's not like it has to be a formal composition."
Meanwhile, to add to the confusion, there's a whole lot of criticism for each other's plans and distrust.

The NGT said, "There was no unanimity in the centre and EPCA's plan which needs clarity and certainty." While Vinay Sahasrabuddhe, speaking in Rajya Sabha, said, "NGT has come up with a plan which is 'unimplementable'." 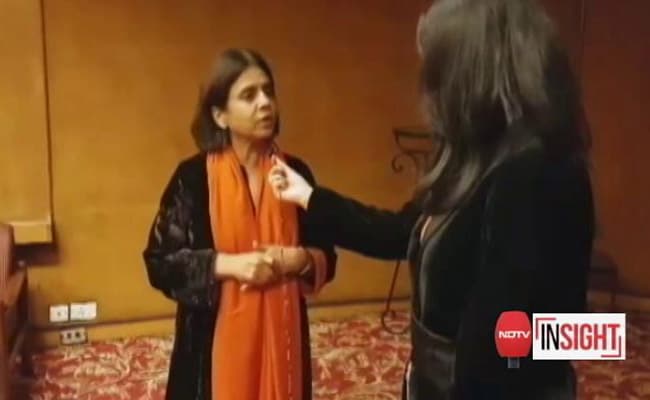 Sunita Narain of the EPCA told NDTV, "I am disappointed by the PM's action plan, which does not recognise the scale of the emergency."

While everyone criticising each other's plans, the pollution levels in the NCR have hit more than 400 for PM2.5 - pollutants smaller than 2.5 microns - which is almost seven times that of the safe limits.
What adds to the haze around the maze of pollution planning is that these plans seem to differ with each other.

For instance, the EPCA asks for the implementation of the "odd-even" car rationing scheme when pollution is 'severe' but the NGT says implement the plan when pollution is one stage less than 'severe'. The PMO plan, on the other hand, does not mention anything about odd-even.

Promoted
Listen to the latest songs, only on JioSaavn.com
"I would say the central government must wake up and smell the roses. We may not like Kejriwal but he is a democratically elected CM," said Renuka Chowdhury, Rajya Sabha Congress MP, who has been Chairman of the Parliamentary Committee on Science and Technology, Environment and Forests.

Minister Hardeep Puri told NDTV, "It's a process that's just started. Give them some time. Everybody has agreed on what needs to be done. You need to coordinate the response and I can't think of anyone better than the principal secretary because it requires both the authority of the PMO and ensuring that the different government departments don't work in silos."