Manoj Tiwari said, "Anti-Romeo' squad is a very good thing and I appreciate that it is being started in Uttar Pradesh again." 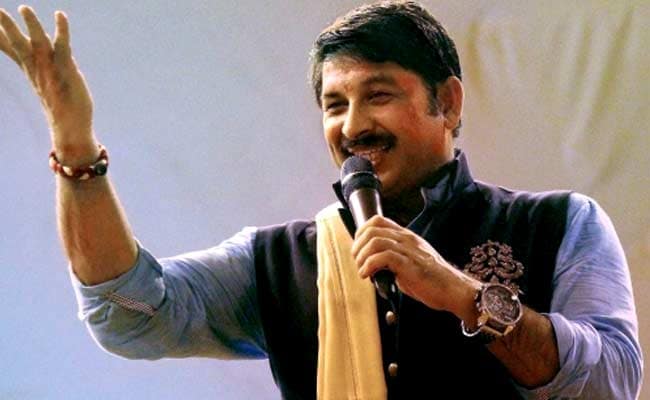 Manoj Tiwari said, "We've made some vision for Delhi and we're moving forward with it"

Delhi BJP chief Manoj Tiwari on Saturday said that "anti-Romeo squads" should be formed in Delhi too on the lines of those formed in Uttar Pradesh by the Yogi Adityanath government to check crimes against women. "'Anti-Romeo' squad is a very good thing and I appreciate that it is being started in Uttar Pradesh again. It should be welcomed as it is related to women safety. In my opinion, it should be started in Delhi also," he said.

"Anti-Romeo" squads were formed to check stalkers and harassers in Uttar Pradesh soon after Yogi Adityanath assumed office of the Chief Minister in 2017.

"The people of Delhi have given their 100 percent trust with such a victory in the Lok Sabha elections. There is still a big challenge in front of us. Delhi could not get the right attention that it needed for 21 years. Until we finish the work what has left for 21 years, we will not celebrate our win. We have made some vision for Delhi and we are moving forward with it," Mr Tiwari said, addressing BJP party workers at the inaugural session of the state BJP's Working Committee.

Talking about two big problems of Delhi, Manoj Tiwari said, "Water is the biggest problem in Delhi. I cannot believe how we can have a shortage when we have the Yamuna River. There is no shortage of water. Delhi government made water free and Delhi became free of water. They have created a shortage of water."