Delhi: 50 trains late due to fog 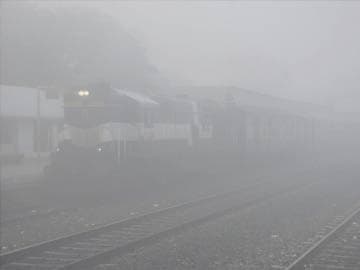 New Delhi: As many as 50 trains were running late due to fog in Delhi on Saturday. The Met Office has forecast a clear day.

Visibility was 600 metres at 8.30 am, said an an official of the India Meteorological Department (IMD).