AAP's Uttam Nagar MLA Naresh Balyan's comments added to the tension already existing between the Delhi government and bureaucracy after the alleged assault on Mr Prakash. 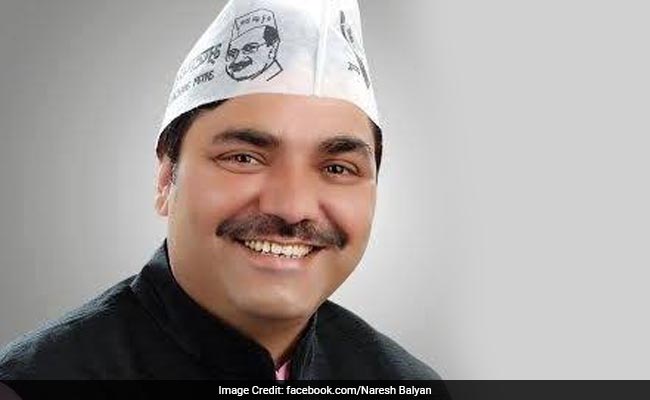 New Delhi: An MLA of the Aam Aadmi Party (AAP) today said officers, who created hurdles in the works meant for people's welfare, should be beaten up, days after the alleged assault on Delhi Chief Secretary Anshu Prakash by some lawmakers of the party.

AAP's Uttam Nagar MLA Naresh Balyan's comments added to the tension already existing between the Delhi government and bureaucracy after the alleged assault on Mr Prakash.

"Any work that could be done in three days...(the) file is not cleared in three days and they take three to six months for that. Why? Because that would give them commission and this was stopped by the Delhi chief minister. Now they do not move files. Now what has happened with the chief secretary, their (the officers') allegations (that Prakash was beaten up). I say, employees like that should be beaten up. If a person has stopped a work that is for the people, he should face such an action," Mr Balyan said at an event.

The joint forum of the Delhi governments' officers condemned the MLA's statement.

"However, the joint forum has resolved to continue work only through formal written communication with the political executive of the Delhi government," it said.

Mr Balyan's comments did not go down well with the Arvind Kejriwal-led party either.

"Strongly condemn statement made by @MLANareshBalyan; all govt officers need to be treated respectfully. @AamAadmiParty govt believes in working in collaboration with them for Delhi's development (sic)," party leader Atishi Marlena wrote on Twitter.

Mr Balyan, however, was unrepentant about his comments. "If an officer intentionally delays any work for the people, he should get the same treatment," he said.
Comments
Naresh BalyanChief Secretary AssaultAnshu Prakash