CCTV Cameras To Be Installed In Delhi From Saturday, Says Arvind Kejriwal

The project is likely to be completed by December. Arvind Kejriwal said his Cabinet will also pass another proposal for an additional 1.40 lakh cameras by the month's end. 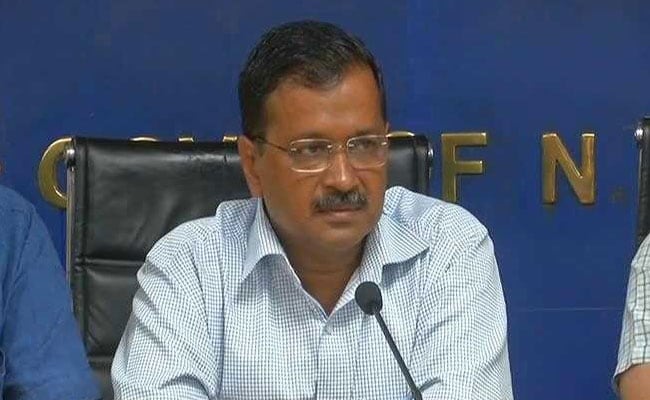 "The proposal and tender for 1.5 lakh CCTV cameras has been passed. Survey for 70,000 cameras has been completed and now from June 8, the cameras will be installed in different parts of the city," he said.

The project is likely to be completed by December, he said.

Mr Kejriwal said his Cabinet will also pass another proposal for an additional 1.40 lakh cameras by the month's end.

"A total of 2.80 lakh cameras will be installed across the city," he said.

The government will also install CCTV cameras in schools, he added. "About 1.5 lakh cameras will be installed in the schools. The project has been started and this project will be completed by November."

Work is also on for installing cameras in DTC buses, he said.

The installation of CCTV cameras across the national capital was a flagship programme and a poll promise of the AAP in Delhi which got delayed as the Delhi LG and the city government were not on the same page over the conditions for the cameras.

The Delhi government had blamed the Centre for halting the project and holding up its file several times.

The project to install the closed-circuit television (CCTV) cameras got the Delhi government's approval in August last year, three years after the cabinet gave an in-principle approval to the project.

In September last year, the project got the administrative approval and expenditure sanctions at a cost of Rs 571.40 crore.

In the Budget for 2019-20, the city government has kept Rs 500 crore for camera installation.

The government had planned on installing approximately 2,000 cameras per Assembly constituency in all the seven Lok Sabha constituencies of Delhi for the security and safety of the citizens.