Free public transport for women in Delhi Metro, buses: The move, which is yet to be cleared by requisite authorities, will cost the Delhi government Rs 700 crore this year, Arvind Kejriwal said

The move, which is yet to be cleared by the centre, will be launched in three months, said Mr Kejriwal, adding that it would cost the Delhi government Rs 700 crore this year. On whether he needed to run the plan by the Centre, given Delhi's partial statehood status, he replied in the negative.

Officers have been given a week to prepare a detailed report after which a proposal will be brought in the cabinet, he said.

The Delhi Metro is partly run by the central government.

"Those who want to buy tickets are free to do so, they need not take the subsidy. Several women can afford these modes of transport. Those who can afford it, can buy tickets and forgo subsidy so others could benefit," he explained.

The Delhi Chief Minister said his government would bear the cost of free rides for women on the Delhi Metro and public buses.

"Delhi is the only government that is honest and is spending your money on facilities and is still running on profit," Mr Kejriwal said.

"Right now our concern is the safety of women. There are questions regarding the metro, but we will let you know how the proposal evolves at every step," he added. 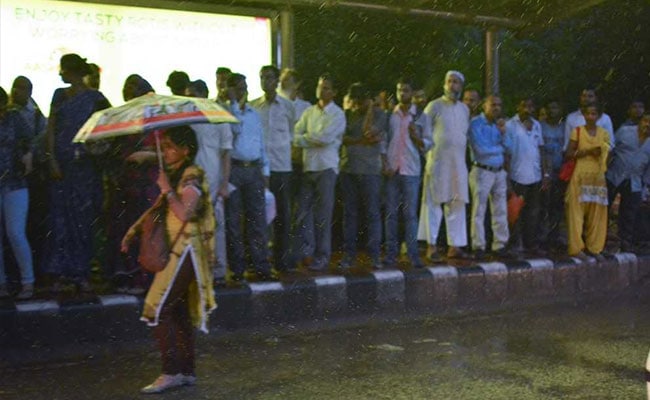 The AAP chief also said his government was in touch with the city's power regulator to bring down the fixed charge component of electricity bills.

On Twitter, many shared their doubts about the Delhi government plan. "Metro is from certain point to another point - we have to take auto/bus in the night to reach home," a user pointed out, questioning the logic of free Metro travel.

An AAP leader replied: "It incentivises women who cannot afford to take the Metro to start using it, which is a safer option for them than using ride sharing, autos, private buses at night."

Mr Kejriwal's AAP, which has been ruling Delhi since 2015, was badly jolted by the national election result in which it failed to win even one of the seven Lok Sabha seats. The BJP retained all the seats, a sign that AAP may be in trouble as Delhi goes for assembly polls next year.

AAP was number three in four of the seats and placed behind the Congress, an alarming decline for a party that swept the last assembly polls with 67 of 70 seats.