In A New Initiative, 5 All-Women PCR Vans Launched In Delhi 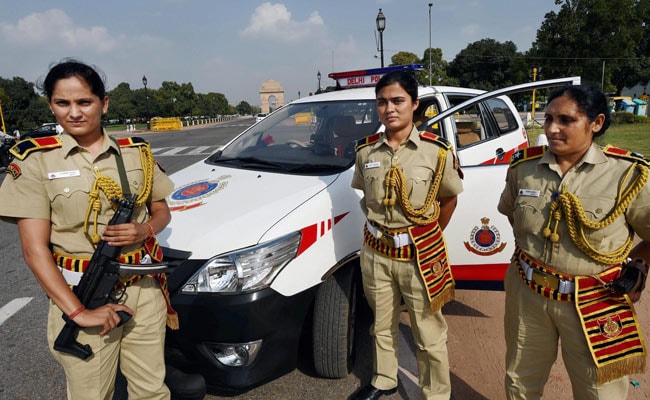 New Delhi: In a noble initiative, five all-women Police Control Room cruisers took to the New Delhi roads today providing a shot in the arm to the women-safety apparatus in the national capital.

One of the women personnel will be the driver of the PCR van, another will carry an MP-5 gun.

The women personnel have undergone a three-month training where they were taught driving, firing and unarmed combat skills.

They were also given behavioural training to tackle complaints from women, said Sanjay Beniwal, special commissioner of police(operations).

"The PCR vehicles are the first responders in case of any incident and hence their role is very important. These women personnel have been trained to handle all kinds of distress calls and have undergone a basic medical training," he added.

Currently, there are 20 women police personnel who have been trained for the job and plans are afoot to train more. As of now, they will work in one shift- 9 am to 5pm, said DCP (PCR) RK Singh.

Though they will be tending to all kinds of calls, their primary focus will be those from women in distress. The areas where they will be stationed have been identified after a trial run.

The personnel, who are a part of a first-of-its-kind initiative by the Delhi Police, said they feel proud to be part of such an idea.

"We are feeling proud to be associated with such a thing. It is a confidence-boosting measure for women who enroll in police," said Saira Bano, a woman sub-inspector with the newly-launched PCR.

Another woman constable, who has learnt driving, courtesy this initiative, said, "In the last three months, I learnt to drive a car. I feel much more empowered and confident now." There are plans to send them for NSG training so that they can be given commando training and in case a situation arises where they have to chase down a criminal, they can rise to the occasion, an official said.

Promoted
Listen to the latest songs, only on JioSaavn.com
The operations wing is also planning to launch an app that will have a refresher course for women personnel to handle patients in cases of excess blood loss, and carry critically injured persons, said a senior police officer.