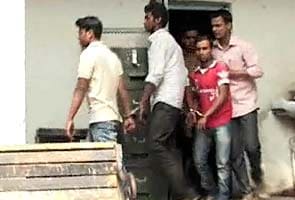 Thane: A teenaged girl from Satara district of Maharashtra was allegedly raped by three different persons repeatedly for over a fortnight when she was in Thane last month to meet her boyfriend, police said on Tuesday.

All the three accused have been arrested.

According to senior PI H S Jadhav of Thane Railway Police, the minor had set out from her house in Wai on January 16, following a call from her boyfriend who asked her to come to Dombivili. The girl travelled till Swargate in Pune by bus and later reached Thane railway station at about 10 pm and tried to contact him.

Unable to reach him, she decided to stay at the railway station at night. Seeing the girl alone, one of the arrested accused Gopalkrishna Dashashree (27) from suburban Ghatkopar offered to help her and took her home, where he repeatedly raped her, the police official said.

The girl was then handed over to another accused Rajendra Bhaskar Naidu (20) at suburban Govandi the next day, who also sexually abused her.

Later, the victim changed hands for the third time and reached Vishweshan Laxman Bendu (25) from Ghatkopar who gave her shelter and married her at the Saibaba Temple but subsequently abandoned her on February 7 at the Gateway after sexually assaulting her for days, the complaint with Thane police said.

The girl was sent home to Wai on February 10, police said.

Promoted
Listen to the latest songs, only on JioSaavn.com
All the three accused have been booked under various sections of relevant IPC and Protection of Children from Sexual Offences Act.