The 32-second-long video also shows the accused dragging his wife with his arm around her neck. He then removes his footwear in an attempt to beat her. 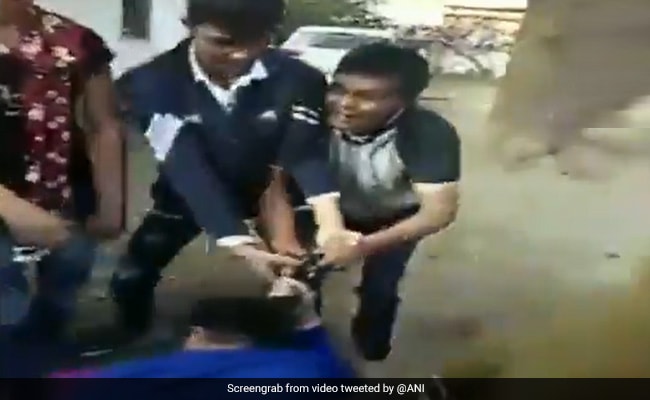 Officers in uniform, others tried to stop the accused from assaulting his wife

A Madhya Pradesh police officer has been attached to district police line after a video of him assaulting his wife in public appeared on social media websites.

In the video, the police station in-charge, Narendra Suryavanshi, can be seen attacking his wife while some try to separate them. While Suryavanshi is not in uniform, other uniformed personnel can be seen witnessing the incident in the video.

The 32-second-long video also shows Suryavanshi dragging his wife with his arm around her neck. He then removes his footwear in an attempt to beat his wife with it.

The incident happened in the Manawar town of Dhar district after the wife allegedly opposed his illicit relationship with another woman.

Following the incident, the accused cop was sent to the district police lines. "Narendra has been sent to district lines," senior police officer of Manawar said.