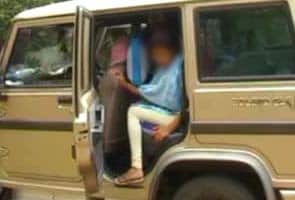 Burdwan: A girl was allegedly gangraped by three students after being given a spiked drink during a birthday party held at the union office of the Trinamool Congress Chhatra Parishad at a college in Asansol, a senior police official said today.

The alleged victim, a first year student of Nazrul Satabarsha Polytechnic College at Rupnarayanpur in Asansol, went to the birthday party on Wednesday evening with another girl, also a student. She was offered mango juice that was laced with drugs. After drinking it , she went into a daze, Durgapur-Asansol Assistant Commissioner of Police (West) Subrata Gangopadhay said.

According to the police complaint by the girl, she was allegedly gangraped and photographed with mobile phones by three students, Mr Gangopadhay said.

After her ordeal, two of the students took her on a motorcycle and left her outside her home at Chittaranjan where they warned her father, an employee at the Chittaranjan Railway Hospital, against reporting the matter to the police. They even threatened him with circulating his daughter's photographs if he did otherwise, Mr Gangopadhay said.

The girl was admitted to the Chittaranjan Hospital by her father on Wednesday night. She filed a complaint with the police yesterday, the ACP said.

A medical test was conducted on the girl, who also recorded her statement before a court at Durgapur.

Promoted
Listen to the latest songs, only on JioSaavn.com
The police were looking for four students, including the girl who accompanied the alleged victim to the party and a security guard, all of whom were absconding, he said.

The principal of the college, Rituparna Basu said that a committee, comprising four teachers, has been set up which was inquiring into the incident.